As many as 29 thousand people (over 5,500 families) continue living in displacement three years since the end of the war between Israel and the Palestinian armed groups in Gaza – from July 8 to August 26 2014 –. They numbered 100 thousand at the end of the armed conflict. The homes of 9,800 displaced persons are being rebuilt, while 19.200 have not been allocated any funding to rebuild their homes and see no solution to their present condition. The housing emergency in Gaza is one of the greatest challenges that severely impacts the lives of high numbers of families

Three years after the end of the war between Israel and Palestinian armed groups in Gaza, that lasted from July 8 to August 26 2014, some 29,000 (over 5,500 families) of the 100,000 people displaced at the end of the conflict are still displaced. The homes of 9,800 are being rebuilt, while the remaining 19.200 have not been allocated any funding for reconstruction and see no end to their present condition. The figures – that refer to the end of August 2017 – are contained in a report published a few days ago by OCHA, the United Nations Office for Coordination of Humanitarian Affairs. The housing emergency adds on to the numerous critical situations in Gaza, afflicted by unemployment, poor hygiene-sanitation conditions, lack of electricity and infrastructures. 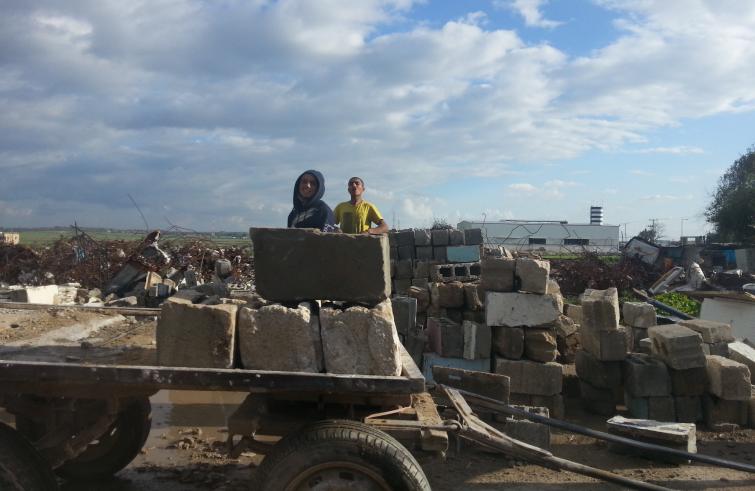 Housing emergency. According to the Palestinian Authority’s National Office for Gaza Reconstruction, lack of funding is the primary reason for ongoing delays in reconstruction.

Only two thirds of the approximately 500 million dollars needed for the reconstruction of totally destroyed homes have been disbursed.

To a lesser extent reconstruction has been also slowed down due to Israel’s restrictions on imports of basic construction materials into Gaza, such as concrete. The Report shows that 88% of the internally displaced reside in rented accomodation, while 7% remained in or next to their damaged homes, 3% hosted by relatives and 2% in caravans or makeshift shelters. Given the limited housing stock in Gaza, it is believed that some of the families are in fact renting space in the homes of their extended families or in units not intended for residential use. 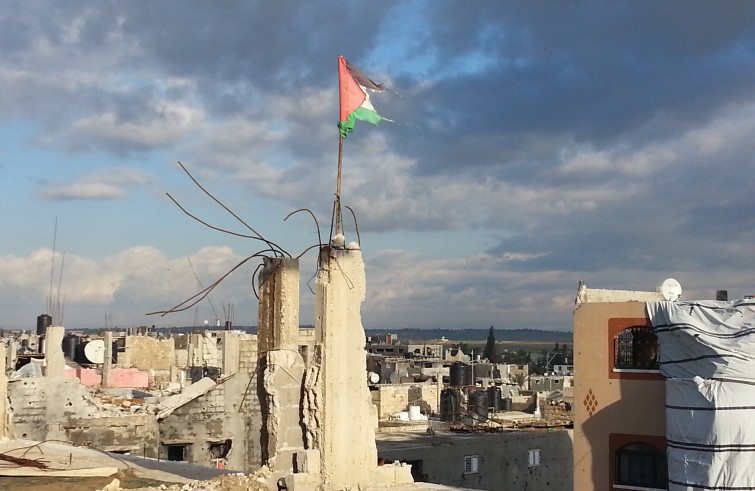 According to estimates, the housing shortage has increased from 71,000 housing units in 2012 to 120,000 to the end of August. In fact cash assistance   of  $200  to  $250 per month per family  has been the  primary  form  of assistance provided by the humanitarian community to eligible families to rent accommodation until their homes are reconstructed. 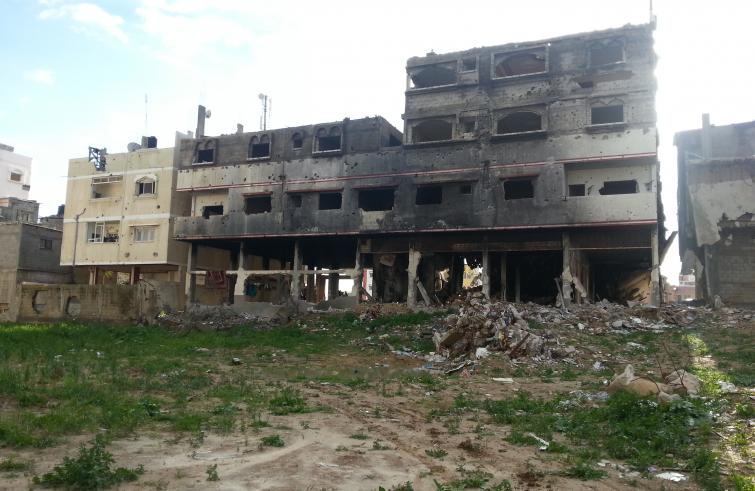 Unfortunately, owing to funding shortages, the United Nations have not been distributing cash assistance to 500 displaced families since past January, while UNRWA, the UN Relief agency for Palestinian refugees in the Near East, exhausted its cash  reserves for this response in June 2017 and can no longer support refugee families. In some areas of the Strip 450 displaced families have been receiving payments from the Palestinian Red Crescent Society, but the funding allocated to this project by Turkey will end next December. Housing difficulties also impact the lives of families who depend on humanitarian assistance.

200,000 children still in need of psychosocial support. According to UNRWA, in the month of May 2017 over

200,000 children were in need of psychological support as a result of the traumas experienced during the war 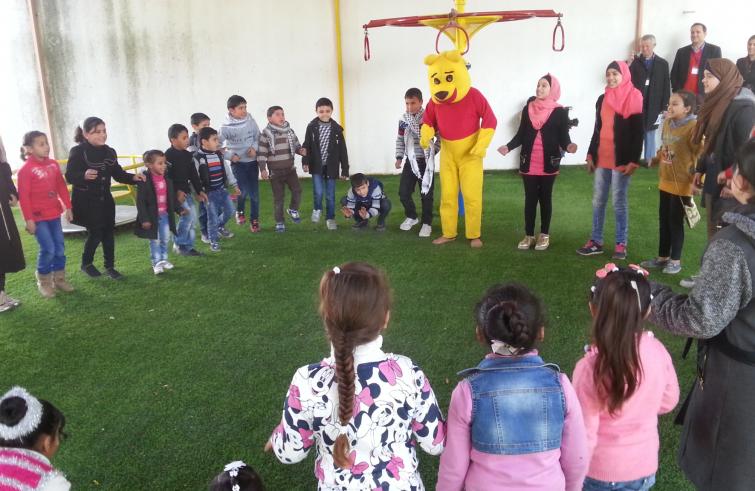 in a situation marked by the Israeli blockade and internal Palestinian divisions. According to a study by the UN agency, 30% of young children are experiencing hyperactivity and emotional symptoms (stress and fear). The same goes for 48 per cent of adults attending UNRWA clinics. IN 2016 the Humanitarian Needs overview (HNO) identified 235,633 children in need of psychosocial support, the figure decreased by 3% in 2017. Figures referring to 2016 show that this large population bracket received psychological assistance by 29 organizations that reached less than 200 thousand children, amounting to 83% of the target. In the first half of 2017, the percentage dropped to 19%, namely 42.528 children were reached. Services include life skills education, child-parent interaction programmes, expressive arts, and sports and recreational activities.

Peace attempts between Hamas and Al Fatah. Rebuilding homes remains, therefore, one of the main challenges facing the Gaza Strip three years after the conflict. This challenge is made even harder by the political and administrative divisions between the Palestinian faction that rules the Strip (Hamas) and the one controlling the West Bank (Al Fatah). But there appear to be some developments.

Hamas, that took control of Gaza in 2007, declared full acceptance of the conditions set by its antagonist National Palestinian Autority (ANP) controlled by Al-Fatah led by President Abu Mazen, in view of a Palestianian reconciliation ten years after the rift.

These include, Hamas wrote in a release, the green light to Palestinian elections that include Gaza and the West Bank. The reconciliation process, with Egypt’s mediation, is a veritable turning point, and it might “open a horizon of true reconciliation” with Al-Fatah, according to former Palestinian Minister Ashraf al-Ajrami. New elections, he said, “will take time. Mutual trust must be recovered first.”