The week that the EU dedicated to young people ahead of the elections for the renewal of the European Parliament ended May 5th. SIR collected the statements of three Italians in Brussels who identify themselves as EU citizens. "We breathe a great openness that extends beyond national identity; here we feel at home.” The next youth meeting will take place May 8 in Sibiu, Romania, on the eve of the summit of Heads of Government and State that will launch a strategy for the period 2019-2024

If you know it, you become passionate about it; when you discover what Europe is all about you will inevitably feel involved in this project of the common European home. This is what emerged in the experience of young people who attended the institutional initiative of European Youth Week in Brussels that closed on May 5. Over one thousand events were held across EU countries that reached out to 111 thousand youths, while the European Parliament in Brussels welcomed 800 youths who discussed the theme of democracy in a two-day meeting in the context of the upcoming vote, debating with representatives of European institutions.

A home for everyone. “The biggest surprise was discovering a common purpose, the common feeling that unites all of us young Europeans across national borders. In the two-day meeting we took part in debates and workshops on important issues” and we find hope in the fact that “as young people, who represent the future of Europe, we are united and yearning to remain united and share more moments like this one to exchange ideas and find solutions to continue improving the European Union.” The experience of the European Youth Week was conveyed to SIR by Dina Galdi from Salerno, one of 11 members of “Re- generation (Y)outh”, a group of young women under-30 from the Italian regions of Campania and Basilicata united by a deep feeling of belonging to EU guiding principles and by a desire to “innovate”, each with their own specificity. “It’s hard to describe the atmosphere in Parliament: by experiencing it we perceived what it means to be European.” Dina described Parliament “as a place that belongs to everyone, where there are no differences but great openness that extends beyond national identity. Here we feel at home”, also because everyone “has a space to express his ideas.” The youths greatly appreciated the fact that ideas were “listened to and incorporated” in the dialogues with the Commissioners, with all those actively working in EU Directorates General. “They were all open to engage in dialogue and they were interested in learning about our views.”

“It may appear unimportant, however…” “We tried to develop new solutions, we reflected on the upcoming elections, on the role of young people and the strategies that need to be implemented to encourage people to vote”, Dina added. “Perhaps , having grown up with Europe we are not the problem”, but “the generation of our parents, who are more sceptical”: dialogue ought to be sought with them, 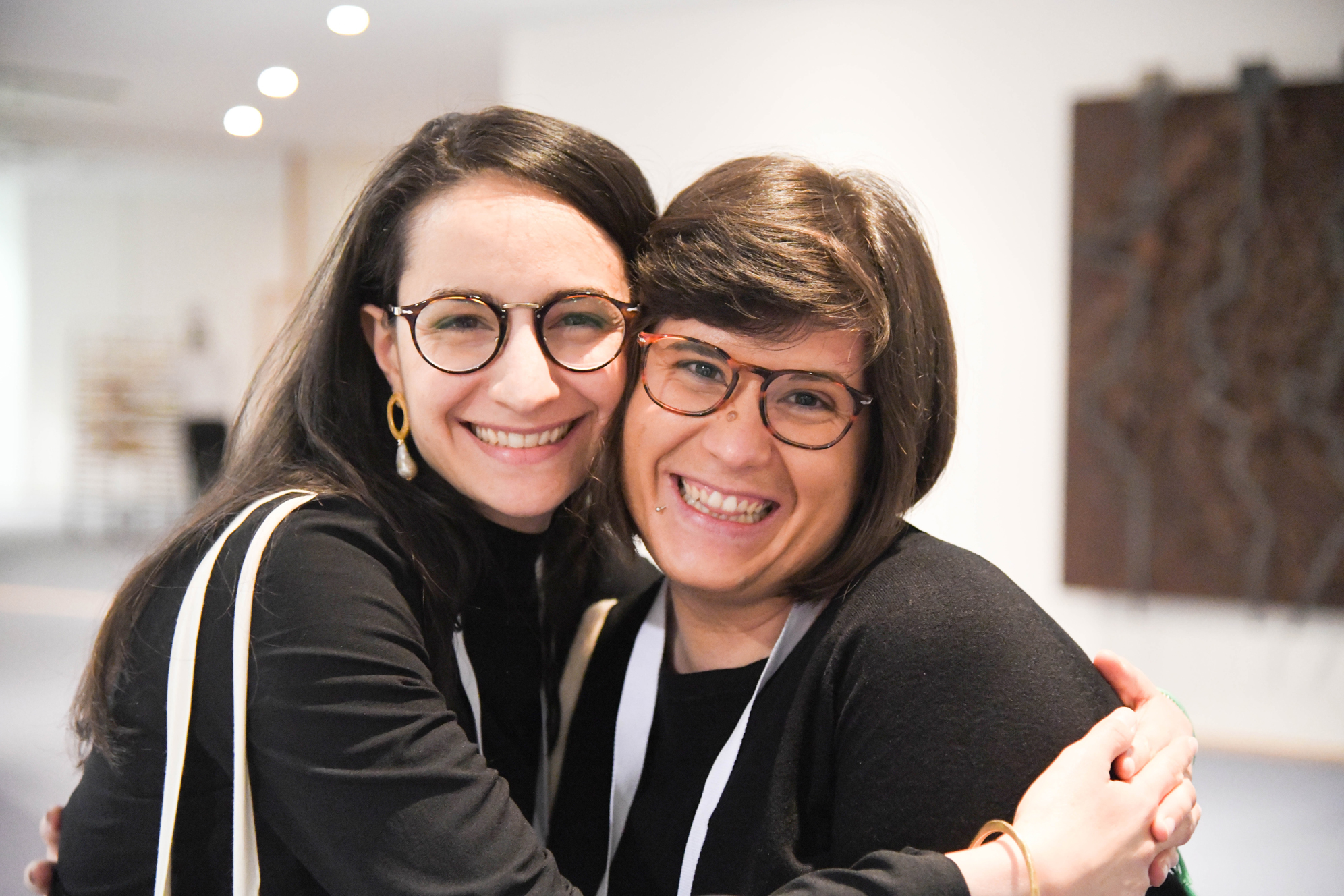 while “to us Europe is everything. It may seem obvious, but it corresponds to the truth.”

Complex mechanisms, according to Giusy Sica, creator of “Re- generation (Y)outh”,

“Indeed, youth initiatives such as this one, where institutions – European and national alike – are open to being somewhat hacked, lived out in full, become opportunities to understand mechanisms that are hard to grasp from your home couch.” 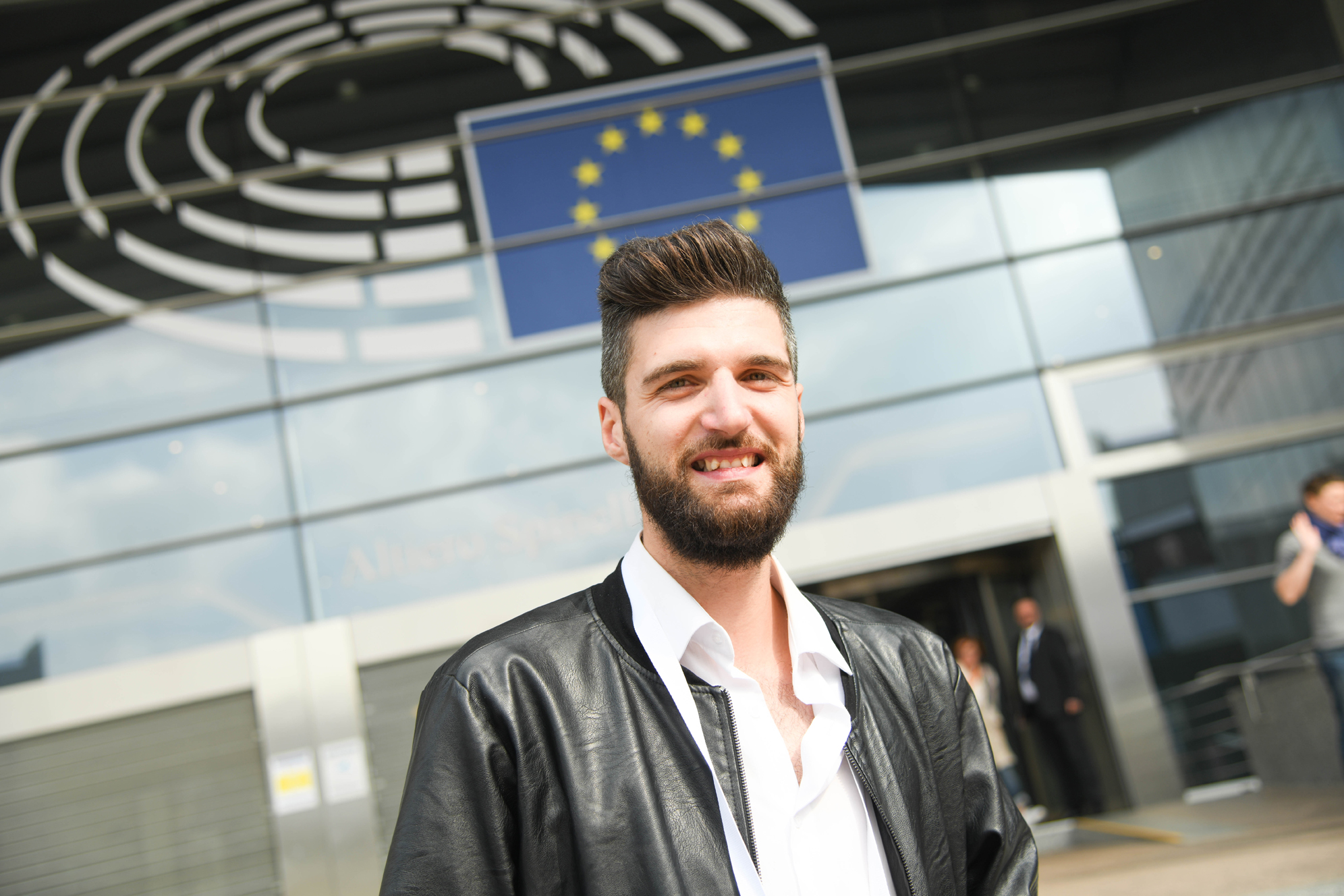 “Projects to bring back to Naples.” Great enthusiasm was also voiced by Marco Riccio, from Naples, Vice President of “Il tappeto di Iqbal”, a social cooperative operating in Naples’ Barra district. We ran into him at the Espace Léopold in front of Parliament, while he was waiting for friends: “I have personally experienced Europe’s existence, the fact that many 18-year-olds believe in it and accept this challenge.” He said he was impressed “by the personal experiences shared by many youths.” “Many new relationships were born, projects to bring back to Naples to offer new opportunities to those who are younger than me, new ties to foster exchange programs.” He was surprised

“by the great freedom to raise one’s hand and ask important questions.”

A reflection: “I think this is a Europe of young people who will bring about a change tomorrow. We all believe in this. We represent the tomorrow of our Country and of Europe, if we are unable to send a strong signal, Europe will be going nowhere.”

Deciding your future. Looking ahead at the elections of May 23-26 “the greatest challenge is to involve first time voters whom we know little about or are still distant”, said the youths. A key to involve citizens is to create “occasions for connecting in which we talk about Europe and the benefits of  the EU.” Giusy lauded Parliament for “giving a great contribution with the ‘This time I’m voting’ campaign and the platform ‘What Europe does for me’’. “Our major responsibility”, Giusy went on, is “to create opportunities for people to connect not only online, through digital channels, but also offline, with debates, providing occasions for encounter over a coffee or an appetizer.” It is necessary “to explain things, to call things by name that can occasion a greater understanding of European systems and what needs to be expected from Europe.” This is what Giusy and Dany will do once they return to Salerno until election Day, May 26. It is necessary to go to the polls, for “people have fought to secure this right and we must protect it today” by casting our vote, “because we will be deciding the future of our children and of our grandchildren , in addition to our own future. It takes a second but it can have lasting effects.”

Meeting in Sibiu on May 8. Espace  Léopold, right opposite the entrance to Parliament, is now an empty space: the stands and the stage where a celebratory evening concluded the days of debates, have been removed. But the Europe of young people is not over. In an effort to give a voice, room and resources to youths, the Commission set an example that could be followed by national governments. In a few days, on May 8, on the eve of the European Council meeting (May 9), the EU Commission will hold a “Young Citizens’ Dialogue” in Sibiu. 300 people are expected to attend.