"The Europe-system has produced peace, stability, democracy, regulation. These aspects are disliked by the enemies of the European Union.” The President of the Economic and Social Committee assessed the situation of the EU in view of the May elections. Old and new continental challenges, nationalisms, crucial reforms… “Some ride the wave of fears linked  –to the present radical economic, social and political transformations, presenting new walls and closed borders as the solution”, he said to SIR. We need “the EU to be more efficient, capable of responding to the needs of its citizens”

·(from Brussels) The most direct, resolute message to the young: “Come forward, speak out, don’t wait for others to give way.” Luca Jahier, born in Turin, Italy, in 1962, is the President of the European Economic and Social Committee (EESC), a consultative body of the European Union that brings together representatives of social partners,  of the labour and business market, and of the volunteering sector. Elected at EESC in 2002 – with headquarters in Brussels – Jahier brought his long experience in the ACLI (Christian association of Italian workers),  in the Third Sector Forum (of which he is one of the founders), as ex President Focsiv (Federation of Christian organisations for international volunteering service). The motto that will accompany the EESC presidency until October 2020 is: “rEUnaissance – the courage of developing a sustainable Europe.” We met him in his office in Rue Belliard for an exchange on the upcoming May elections for the renewal of the European Parliament and on the future of the EU.

Two months ahead of the vote the European political climate is growing heated. President Jahier, is there still need for a European “common home?”
Many political forces wish to destroy the EU to profit from positions of power and share the plunder of a reality that incorporates and manifests a huge amount of wealth. Many of these forces are outside the European Union. For example, it hurts to hear the US President describing the EU as “the worst enemy of the United States.” EU detractors include Russia as well as international speculative finance. In fact, the Europe-system has produced peace, stability, democracy, regulatory frameworks. These aspects are disliked by the enemies of the European Union. Unfortunately there are also forces inside the EU that would rather do without the “common home”, perhaps by exerting leverage on the difficulties of the past years, erupted with the economic crisis, followed by the migratory crisis. Some exploit fears linked to deep transformations in the economic, social and political scenarios we are witnessing today, presenting the creation of new walls and closed borders as the solution. The only goal of these forces to seize power. Yesterday they wanted to destroy the EU, today they want to conquer it to change it from the inside and tailor it to their needs. 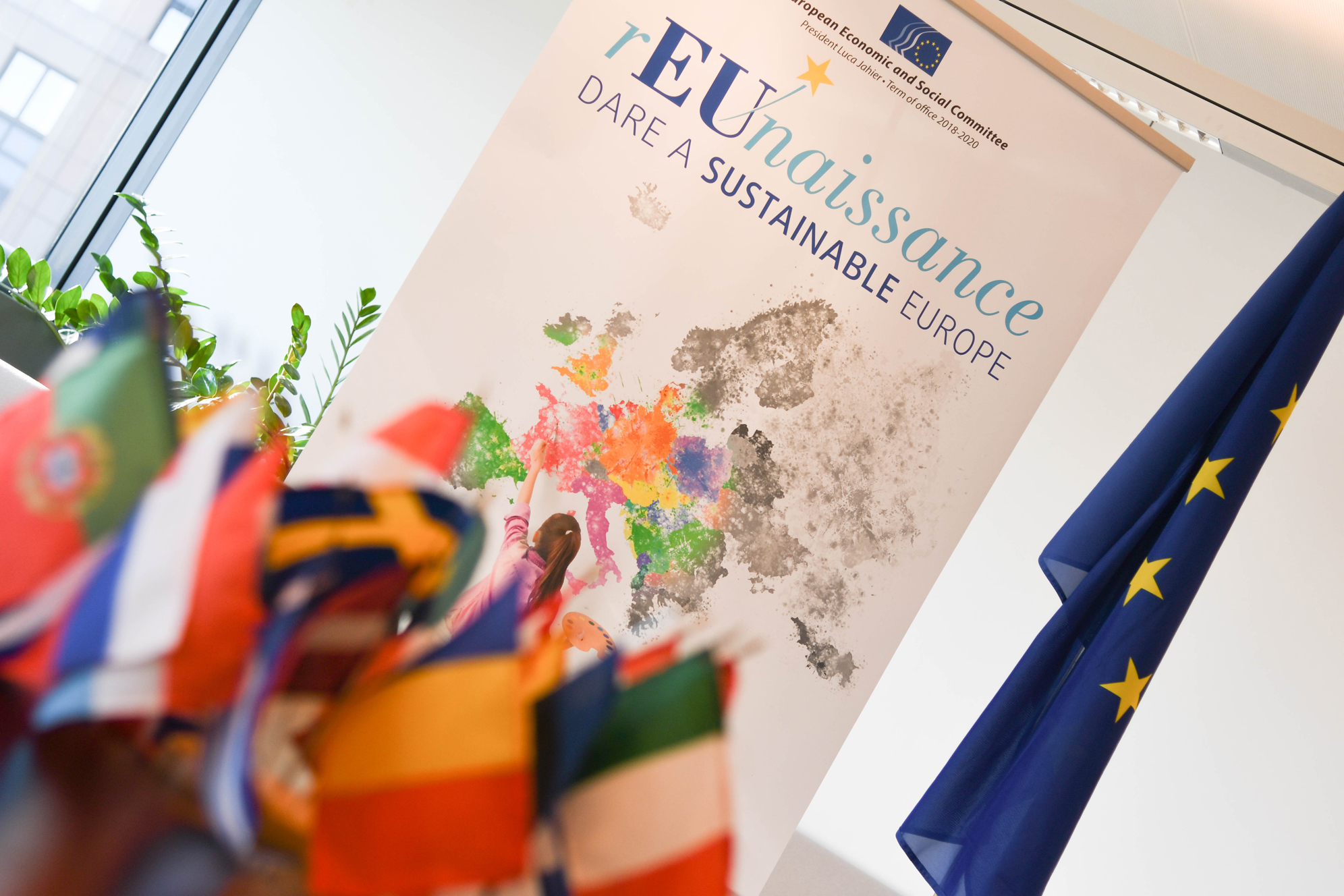 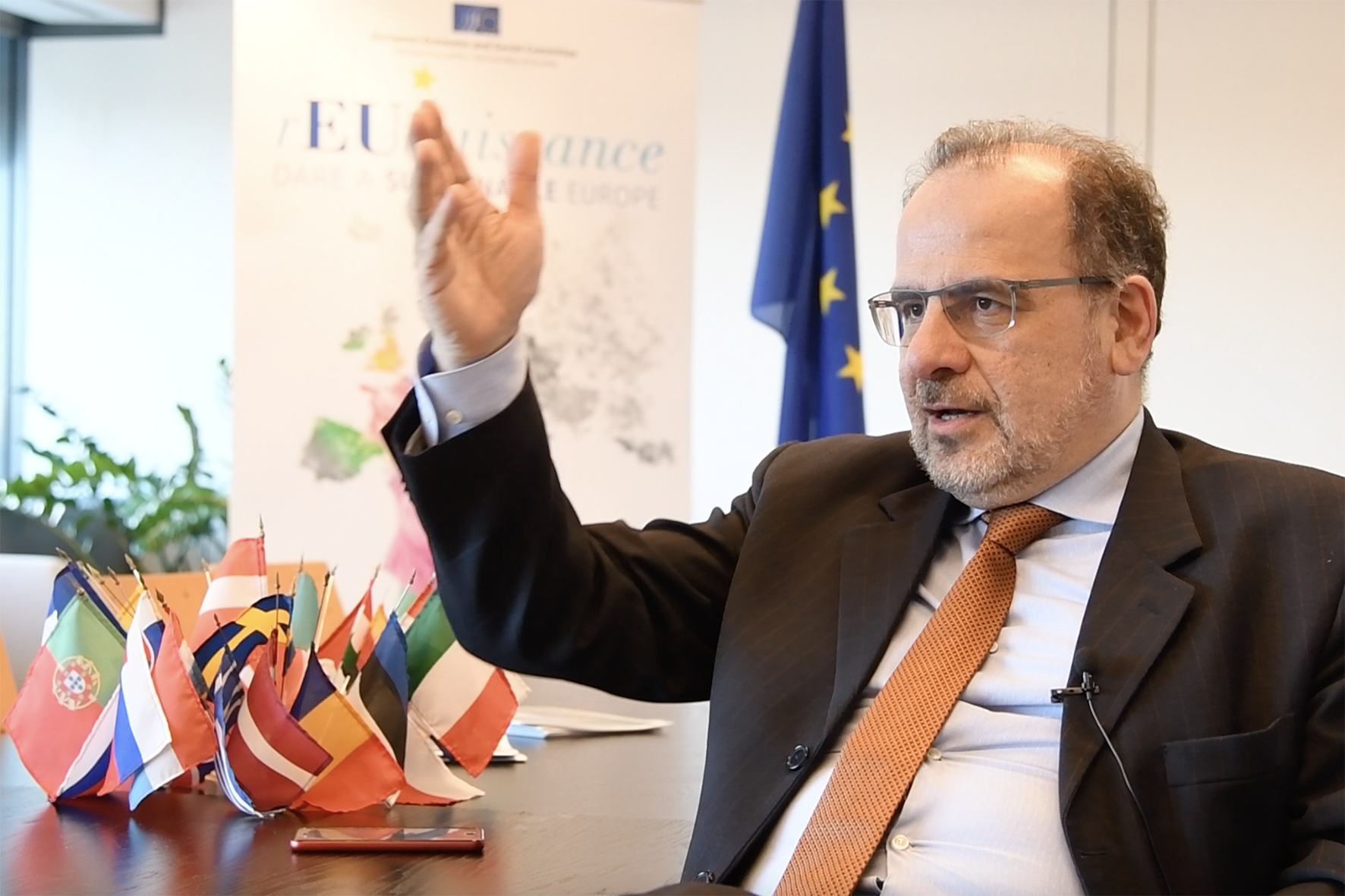 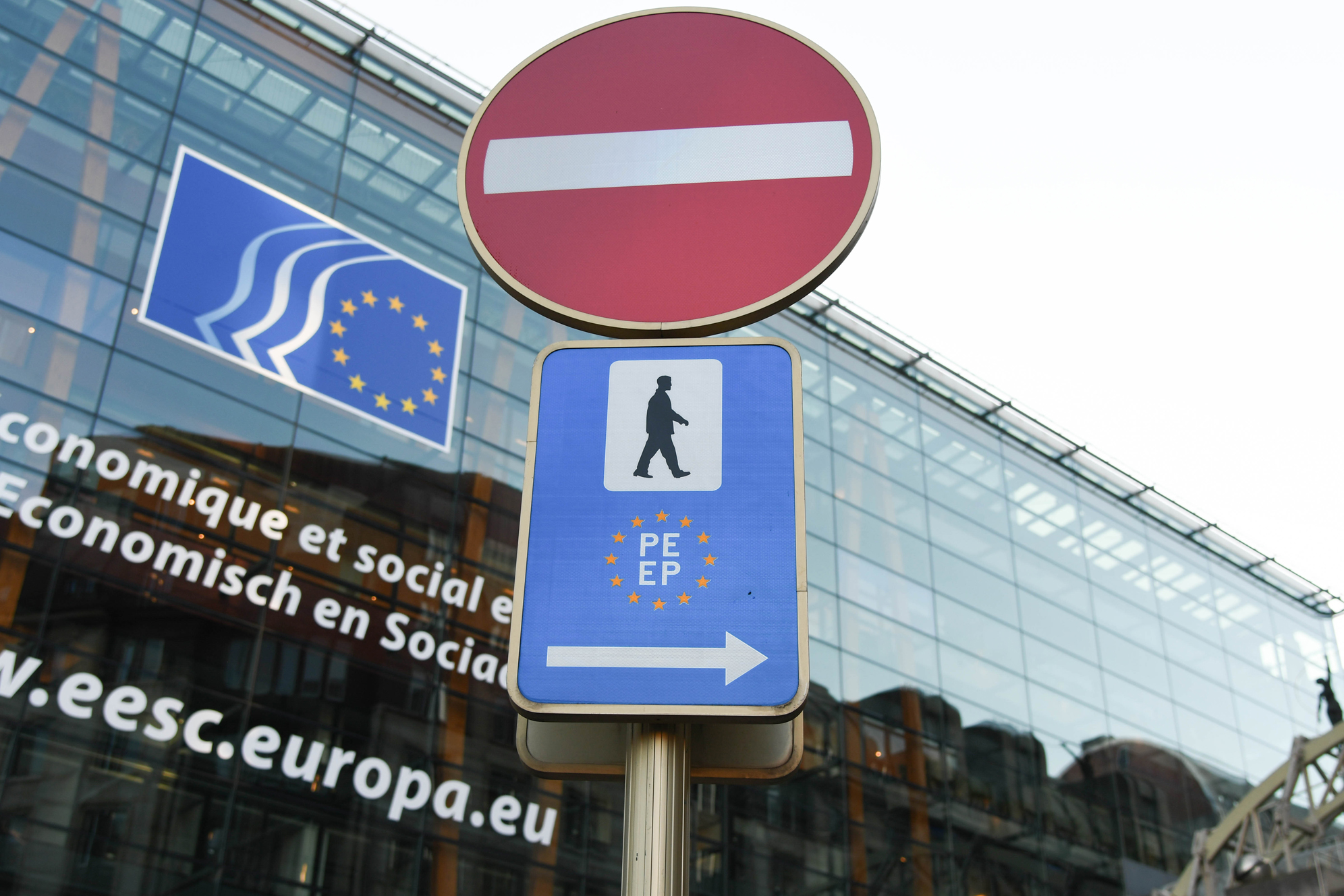 Could you name a few?
There are many. Starting from Hungarian nationalist Viktor Orban, to the advocates of Italian sovereignism that are also members of the present government, to Marine Le Pen in France, Vox in Spain, AfD in Germany. Not to mention the many leaders of anti-European and nationalistic parties in Northern Europe and Poland. Then we have separatist political parties, as in Catalonia: without going into the contents of this complex story, it can be said that Europe is the canvas that brings together national history– including controversial ones – with local identities. Brexit is another example. We discovered that a great Country like the UK doesn’t have a plan for the future. The only possible outcome of this choice will be widespread impoverishment, businesses relocating abroad, the loss of its role as a financial power… Not to mention regional divisions that evidence a “Disunited Kingdom.” I repeat: there are forces within this destructive chaos whose sole aim is to seize power. They exploit the objective difficulties of the European Union and the poor governance of various national leaderships.

Thus we still need Europe. Could you give us some examples?
There are many. I will mention only three. First: while the United States and the UK seemingly intend to severe the relations with the common European market, there are Countries queuing up on the gates of Europe to establish business relations with us.  Suffice it to mention India, Australia, New Zealand. Deals have been finalized or are being negotiated with Canada, Japan, Singapore. A second example involves the EU’s determined commitment – that must not be taken for granted – with regard to climate change, questioning energy and industrial policies, mobility and waste management. Migration policies are a third example. This is a historic challenge that no Country can address on its own. We need a new vision of the problem and a common solution.

Peace is another issue that is often mentioned when speaking about Europe. Does it make sense to talk 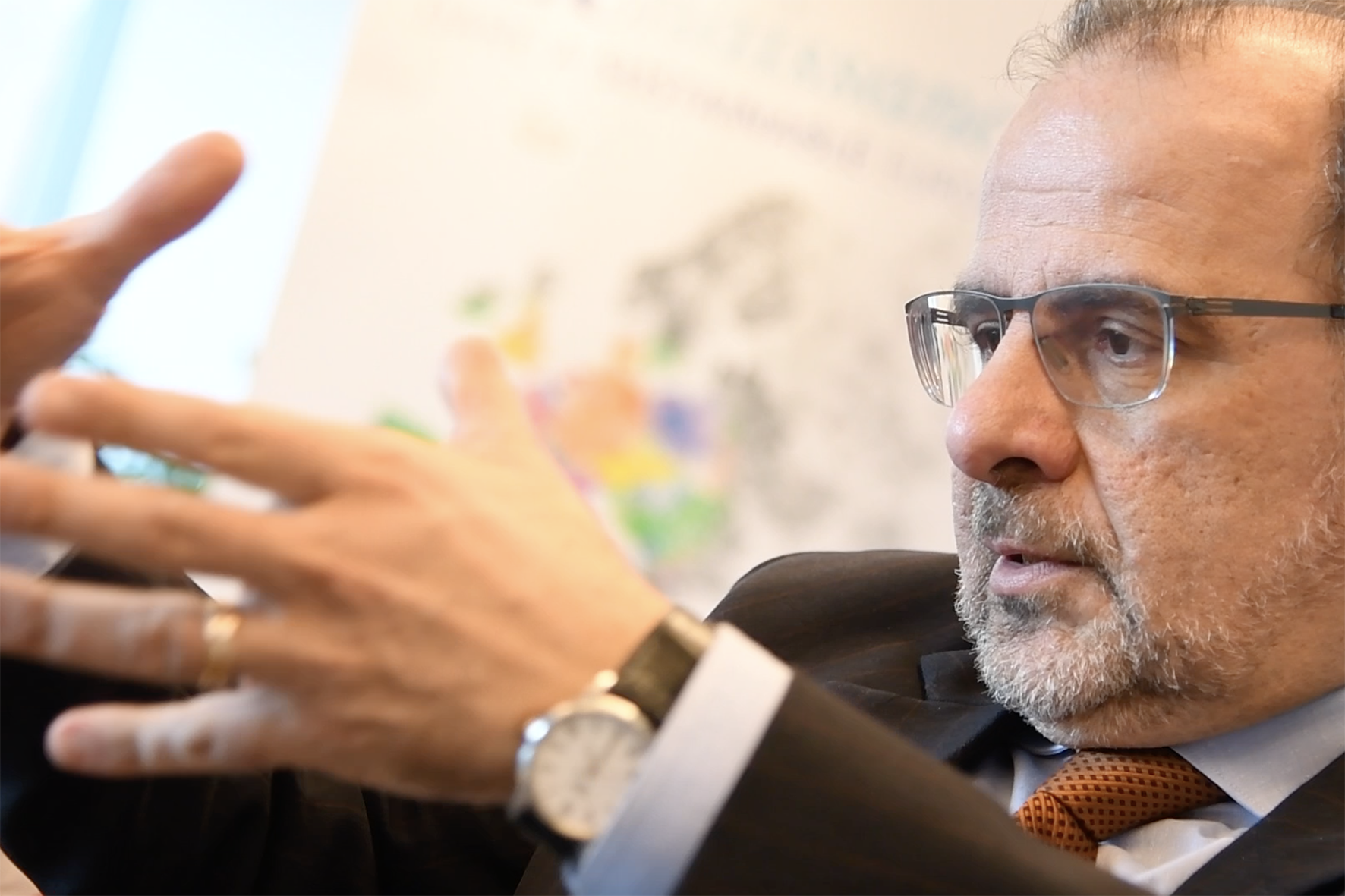 about it today?
The European Union is the largest and most successful peace project after centuries of wars that shed blood throughout our continent and in the rest of the world. We take it for granted, but certainly the same cannot be said for other continents, scarred by wars, violence, disasters caused by armed conflicts, as Pope Francis repeatedly reminds us. And we should not forget that outbreaks of violence and tensions still exist in some parts of Europe: in Cyprus, in Ireland, not to mention the war being fought on Ukraine’s Russian border zone. We are living in a confrontational and destructive era. The EU is and must remain an example of peaceful coexistence that represents the necessary condition for the growth of democracy, the enforcement of rights and development.

Let us go back to the idea of shelving the European project expressed by a number of political forces. What is your opinion?
It is believed that if the EU should cease to exist in its present form it would impact 12% of European GDP. It’s the so-called “no-Europe cost.” And probably Countries with the greatest public debt, such as Italy and weaker social brackets – i.e. families and young people – would pay the highest price. One really understands the intrinsic value of the EU only by examining the situation beyond its borders. If an EU citizen needs hospital treatment when travelling in the United States the medical fees are extremely expensive, and when travelling to Dubai we realize there is no social protection or rights guaranteed to workers… There are countless examples of this kind. It can be said that Europe today is the best place to live in, ensuring freedom, education, national healthcare and many other rights that are necessary in daily life.

Yet the EU is seen as “distant”, unable to take action vis a vis contemporary challenges. What are the options to reverse this trend?
In order to live together these very different peoples and States – yet so close in terms of a shared history, culture, traditions, economy – necessitate a renewed project and the force of passion. It could be described as a new synthesis of passion and reason. The former calls into question European demos, whose common features are culture, art, urban planning, despite linguistic diversity, which is also one of its treasures. Passion makes us feel European citizens as well as Italian, French, German or citizens of other Countries. We identify with a set of major European symbols that include the flag and the anthem, as well as Erasmus. We still need a truly European TV and radio broadcasting network, a European civil service, a European Facebook. The Italian city of Matera is a common symbol: the city, European Capital of Culture 2019, has been able to seize this opportunity by transforming culture in a regenerating agent, and the people of Matera have made the best of this opportunity by enhancing its value. Reason calls for reforms  and political commitments to boost Europe’s efficiency, to meet citizens’ needs.

This is not the opinion of sovereignists…
We are still waiting for a project from sovereignists forces in various Countries on how they intend to change this EU. They have no constructive proposal but their Euro-sceptic positions are influencing even pro-EU political parties, dictating the political agenda. We must reverse the perspective starting with the ideas and projects of those who truly believe in EU integration.

One last message to young people called to vote in May’s elections. What would you tell them?
First and foremost, young people must not ask for space. They must take it with their courage, creativity and passion, even daring a certain degree of politically incorrectness. They have a lot to say, as in the case of Greta, the Swedish adolescent that is speaking out against climate change and in favour of environmental protection, involving the whole of Europe. Her message is one of protest and of proposal, which is typical of the young. Thus, my message is: don’t wait for others to speak in your place. Take action, and by doing so you will trigger an extraordinary  transformation. The future is not yours but the present is. And by taking action for the present you will take action for us all.