Interview with Msgr. Eamon Martin, President of Irish bishops, a month after Pope Francis’ visit to Ireland: "It would be a shame if such an important issue such as minors’ protection became a football match between people with different approaches inside the Church, competing to get the highest score. We can protect minors and protect the Church by working together on this problem. If we were to get ensnared in a sort of cultural war inside the Church, we would lose track of our goal, that is the protection of children and vulnerable persons”

“The Pope has left a very positive impression in Ireland. He unquestionably brought joy and love wherever he went.” A more than positive assessment a month after the delicate, complex journey of Pope Francis to Ireland. SIR put the question to the Archbishop of Armagh, Msgr. Eamon Martin, President of the Irish Bishops’ Conference. “His ability to establish a relationship with the homeless, when he visited the Capuchin Day Centre, was impressive. So was his smile, his ability to share the joy of young couples whose path together has just begun”, the Archbishop recalled. “He clearly made a very positive impression on abuse survivors. They perceived that he was truly listening to them and that he understood them. He gave us the feeling of a person who is a Pastor as well as a father, who wants to encourage us all in our journey of faith and in our family life.”

When the Pope arrived to Ireland media outlets reported stories of abuse not only in Ireland, but also in other Countries, including the United States. Were you afraid that it might ruin the Pope’s visit?
In Ireland the issue of abuse of children and vulnerable persons is a very sensitive, burning issue.

Every time this problem re-emerges on the international scene, it reopens unhealed wounds.

So we found it hard to cope with the fact that in the weeks prior to the World Meeting of Families Irish and international media outlets resumed the focus on this terrible story of betrayal, crime and sin inside the Church. We were worried about its impact, considering that we had been organizing this event for the past three years.

How did the Pope react?
The Pope took charge of this issue, recognizing it in full, facing it openly, without trying to avoid it any way whatsoever, and referring to it in all his main speeches – four, if I’m not mistaken. His words during the meeting with the victims of abuse were very touching. So was his personal, open penitential act in the homily as the end of the closing Mass, when he said: “I  wish to implore the Lord’s mercy for these crimes”, calling them by name: crimes of betrayal, shame, silence.

He was not afraid to speak openly and implore God’s mercy. 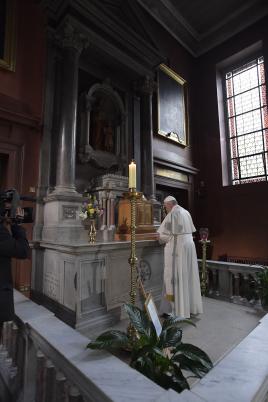 All this happened while the World Meeting of Families was ongoing, characterised by an outburst of energy, life and joy. How was it possible to reconcile such different feelings?
The life of every family is characterised by highs and lows, by times of joy and times of suffering. This is true also for the Church, because we are a family of families, so we too must be able to rejoice at times of happiness and cry for our past crimes, sins and suffering. 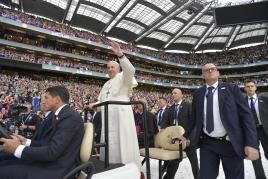 The Pope summoned all the Presidents of Bishops’ Conferences to Rome next February to discuss the abuse crisis. What do you think about this initiative?
I think it’s extremely important, and I am pleased that the Pope will hold this meeting. It seems that the Church is slow in learning from her experiences in certain Countries. For example, in Ireland, in the United States, in Australia, in Germany, in Great Britain, these situations went on for many years. We have learned from bitter experiences that binding rules and procedures are needed, and that we should put them into practice with the help of lay faithful. We have also understood the importance of relying on public and civilian authorities, including canonical authorities.

Yet it takes time to absorb and assimilate these ideas, and this is very sad.

What are your expectations?
I hope that February’s meeting with those who went through all of this will reawaken the rest of the Church with regard to this reality. For a long time the Church – unfortunately in ways that reflect what happens in families – thought that these episodes could be handled with silence, or by ensuring that they were spoken about as little as possible. And this is where the concept of denial comes into play, which is another sad aspect: “This could never have happened inside our Country!” Thus I hope that a large meeting with an international bearing, of the universal Church, may neutralize the temptation of many bishops and people holding positions of responsibility inside the Church, who think: “this is an Irish/British/Anglo-Saxon problem… “ Instead, it’s a terrible criminal disposition, a sinful disposition that is present in the human person. Thus we can’t afford to remain silent.”

People are not content with words, documents… they want the facts. Also Mary Collins has been insisting on this. Based on your experience in the Irish Church – which has unquestionably done a lot to translate words into facts – what is the most important contribution you can give? I consider Mary Collins a beautiful testimony in this field, when she says that actions are far more effective than words. This is completely true.

In Ireland we learnt that we can protect them by being in a state of alert. Everyone must be vigilant and aware of their surroundings. So we must all – especially the laity – be actively committed in this front. We must be fully reliable in our relations with civilian authorities. Every time we receive a complaint, we must immediately submit it to civilian authorities so as to follow the appropriate procedures in compliance with criminal law. Naturally the difficult part for the Church is how to face the situation with our ecclesiastical authorities with regard to the ways in which they handled these episodes. This is extremely difficult when it comes to abuses that date back many years, even thirty years ago, when the current regulations were not in force and the bishops and the ecclesiastical authorities at the time tried to handle these situations by keeping them quiet. Current procedures clearly show that we must aim at the highest degree of transparency, responsibility and reliability. The question of justice is of special concern to me. We must make sure that those accused of these offences account for their crimes, but in a fair way, with a fair trial. Similarly, media tribunals based on suspicion or allegations are dangerous because they divert attention from the real goal, that is the protection of minors, and fuel feelings of revenge, asking for the enemy’s head to be brought on a platter, etc. My experience with the abuse problem is that subsidiarity is the most successful approach. I think that no document published by the Holy See could ever change the situation when it comes to protecting minors.  It should start from us who are working on the ground, it must become a part of our daily practices.

Today Pope Francis is under attack? Why does this happen?
It would be a shame if such an important issue such as minors’ protection became a football match between people with different approaches inside the Church, competing to get the highest score. We can protect minors and protect the Church by working together on this problem.

If we were to get ensnared in a sort of cultural war inside the Church, we would lose track of our goal, that is the protection of children and vulnerable persons

All the rest must be discussed separately and in different moments, but when it comes to the protection of children and vulnerable persons we must face this problem together, without divisions or fighting among us.