A fierce media battle is being fought by Carles Puigdemont and Mariano Rajoy. The former addresses democratic Spain and Europe. The latter dictates the measures needed to resume “legality.” A “war of words” fought without conventional weapons is driving citizens towards a dangerous drift consisting in the erection of new walls, and it will take time to tear them down.

Against the Renaissance setting of the Palau de la Generalitat, seat of Catalonia’s autonomous government, with Catalonia’s flag set next to the European one, President Carles Puigdemont delivered a televised seven-and-a-half speech in Catalan, also switching to Spanish and English. At 09:00 p.m. viewers interrupted their dinner to listen to Puigdemont’s reactions to the measures announced eight hours earlier by president Mariano Rajoy, after the extraordinary Council of Ministers of this historic Saturday, October 21. 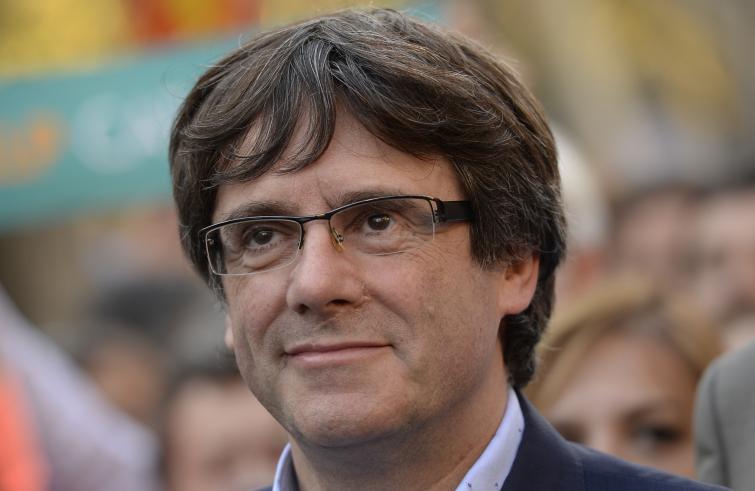 “A blow to democracy.” On the one side the care of the scenographic setting marking the secular longevity of the Catalan society, on the other the burden of a message broadcast live on television and then posted on social networks, in which Puigdemont denounced “the blow inflicted by the Spanish State on Catalan institutions” in the “attempt to annihilate” its self-government. “The humiliation inflicted by the Spanish government – he added – acting as guardian of Catalan public life, from the government to public media outlets, “is incompatible with a democratic attitude and does not respect the rule of law.”

Puigdemont’s message to Spain and to Europe. In the last two minutes Puigdemont addressed “Spain’s democratic people” in Spanish, warning them that “what is being done with Catalonia is directly an attack on democracy that opens the door to other abuses of the same kind anywhere.” He then switched to English to guard European citizens on the fact that

“if the European founding values are at risk in Catalonia they will also be at risk in Europe.”

This is how Puigdemont replied to the measures approved by the central government, announcing his intention to summon a special extraordinary session of the Parlament to discuss these measures. 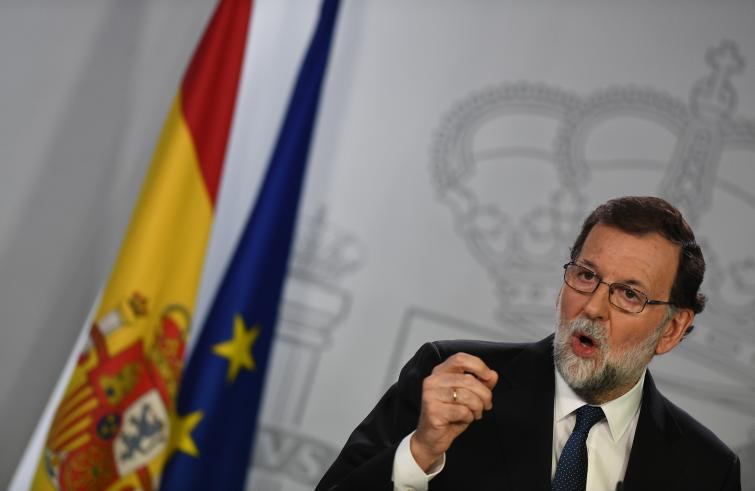 Rajoy’s goals. At 13:30, Mariano Rajoy addressed journalists at the Palacio de la Moncloa, with the same setting: Spain’s coat of arms near the Spanish and European flags. In the press room he delivered a 27-minute speech detailing the application of art 155 of the Constitution with the purpose of achieving four goals:

“to restore the rule of law, coexistence, the economic recovery and so that elections could be held in Catalonia within the next six months”.

Madrid’s “measures.” Pending senate –expected to give a green light – the measures will be adopted upon publication on the Official State Journal. They include the cessation of all the members of the Catalan government and the creation of a body that will take over the functions of the Generalitat. In concrete terms, the measures involve security and public order, economic and financial management, control of means of communication and telecommunication along with the operativeness of the Catalan Parliament. On several occasions Mariano Rajoy highlighted the fact that such procedure “will not suspend the autonomy or the self-government of Catalonia”, in fact it is a question of stopping “those people who put the government outside the law, outside the constitution and outside statutes (i.e., the autonomy Statute Ed.’s note).”

How can this clash of well-argued speeches be defined? We could be facing a war of words in a media battlefield, seeking to leverage the conscience of anonymous soldiers without resorting to conventional weapons. Words are the weapons. The same terms are used with different meanings; according to the person who delivers them. This war is driving the citizens of both sides – those in favour and those against independence- towards an inevitable drift: too many antagonist messages are raising walls that will take a long time to tear down.