The Head of State vetoed the judicial reforms pushed through parliament by PiS ruling government Party. The EU claimed that the balance between power and democracy is at risk. For Catholic intellectual Nosowski, editor-in-chief of “Wiez” magazine, "the limits enshrined in the Constitution have been violated.”

Streets protests against the judicial reforms recently adopted by the upper and lower chamber of Warsaw’s parliament have been ongoing across a number of Polish cities. The reforms raised more than an eyebrow in European Commission seats and in other international institutions. To the extent that on July 24 the President of Polish Republic Andrzej Duda (elected at the highest office of the State as candidate of Law and Justice government Party), vetoed the Supreme Court bill as well as the one about the National Council of the Judiciary. Sir Europe asked Catholic intellectual Zbigniew Nosowski, editor-in-chief of the Christian review “Wiez”, co-President of the Polish Council of Christians and Jews, to comment on the present situation in Poland. 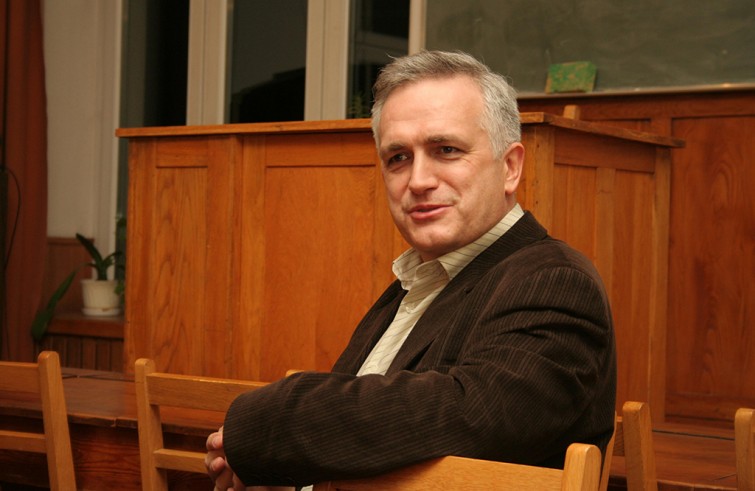 What is the reason of the protests? The majority party Law and Justice (Prawo i Sprawiedliwosc – PiS) obtained a mandate to govern the Country after the democratic elections of 2015. Indeed – while elected with full respect of democratic rules – only half of those entitled to vote went to the polls. Thus it could be said that PiS represents 20% of all voters; although today, according to various surveys, PiS is supported by over a third of the Polish population. What is happening in the Country?
First of all we shouldn’t forget the remaining two thirds of Poles … For the first time in Poland a single party had a majority in both Chambers of Parliament, as well as its “own” President. Hence this party controls both legislative and executive power. Democracy usually ensures limits to each of these powers in order to preserve a balance between them. In Poland however, PiS President Jaroslaw Kaczynski’s organic reform of the State, whereby the executive branch exerts full control over the judiciary, violated the democratic principle of the division of powers. And it seems that a large number of Poles consider this extremely important. Many young people and others that are not supporters of the opposition front have also joined the protests of the past few days.

What is the most problematic aspect of the reform of the judiciary undertaken by PiS?
In my opinion the worst aspect is the fact that Parliament can proceed to elect the members of the National Council of the Judiciary, an organ enshrined in the Polish Constitution, with simple majority vote. This highlighted Kaczynski’s  intention to put the judiciary and the Country under full political control of the government. Even President Andrzej Duda realized it…

The motivations annexed to the reform of the judicial system state that “In social life, apart from legal norms there also operates a system of norms and values, undefined in law but equally established, derived from morality and Christian values.” It goes on: “the Supreme Court should take this duality into account in its rulings.” As a Catholic, how do you interpret these phrases?
Since its electoral victory, the government Party has been adopting a phraseology which in Poland is defined as “national-Catholic”. Kaczynski has decided to adopt that language having realized its potential in the light of traditionalist attitudes of a large part of Polish society. He understood that in order to obtain political power in Poland he had to adopt that specific language. To a certain extent it can be said that he is the opposite of the famous saying “Paris is well worth a Mass.” 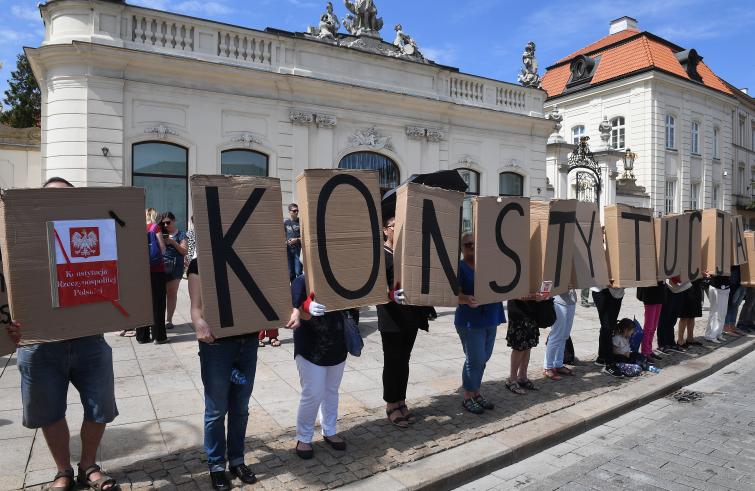 Would you agree that PiS appears to have fomented street protests, sparking off forms of conflict across Polish society?  And PiS will be the victim of this conflict! The limits enshrined in the Polish Constitution, which does not provide for restrictions on the mandate of Supreme Court judges not does their mandate  require the approval of the Minister of Justice, have been violated. This means that in the future anyone could copy Kaczynski’s approach without qualms, thereby further degrading Poland’s democratic institutions. However, it should be underlined that the greatest strength of the PiS government is the weakness of the opposition front. And this doesn’t necessarily mean that the latter will always be weak.