Francis listened with deep attention to our presentation of Europe’s future goals, but he disappointed all those who expected (or hoped) he would rebuke policy-makers. In fact, the Pope did much more than that. He chose to highlight the importance of European identity in clear terms: we are not, we cannot and we don’t intend to be only “a conglomeration of rules to obey, or a manual of protocols and procedures to follow”

Pope Francis was the moral protagonist of the days dedicated to celebrations marking 60 years since the signing of the Treaties of Rome, with a special focus on the Europe of tomorrow.

The address delivered in the Vatican and the visit to Milan form part of a whole. It would be impossible to understand the former without acknowledging the latter. In fact, on Friday the Pope reminded us what the true identity of Europe consists in, and Saturday he showed us that European peoples relate to that very identity. 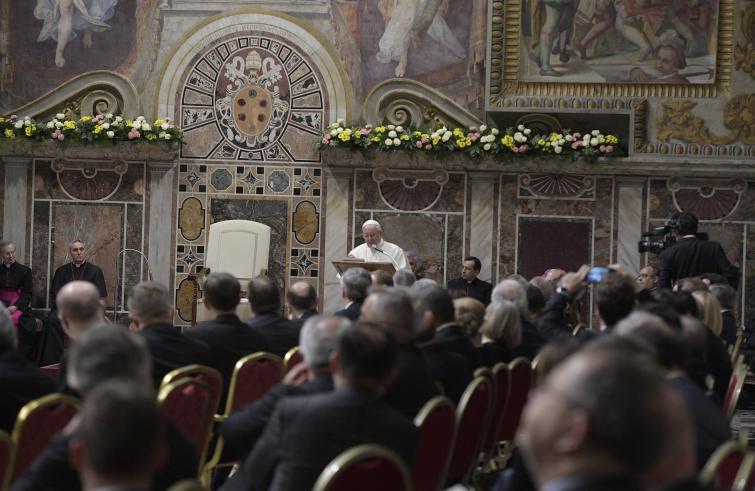 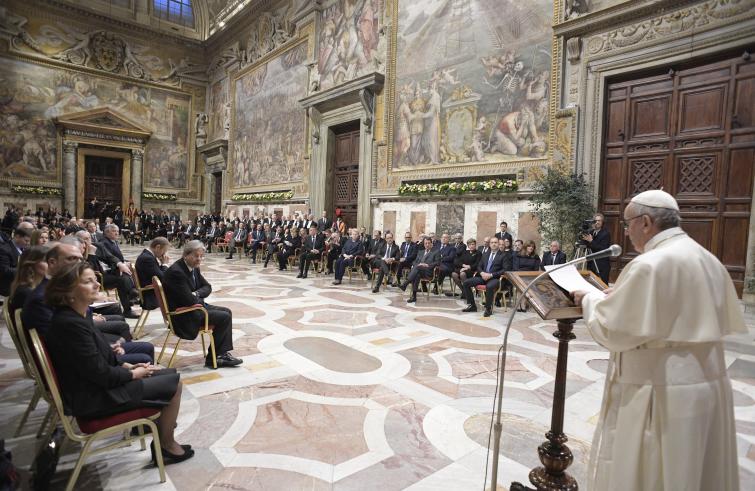 Let us begin with his meeting with the representatives of EU Institutions, Heads of Government and State. He listened to us carefully when we presented him our goals for the future, but he disappointed all those who expected (or hoped) he would rebuke policy-makers. Pope Francis did much more than that. He chose to highlight the importance of European identity in clear terms: we are not, we cannot and we don’t intend to be only “a conglomeration of rules to obey, or a manual of protocols and procedures to follow.” While he spoke the pictures that his words rapidly conjured up depicted the great conquests of our civilization and its underlying set of values.

Freedom and the centrality of the human person are conquests that Christianity has shaped, defended and passed on throughout the centuries.

The ancient Greeks conceived freedom as the guarantor of independence from the threat of invasions on the territories where they lived. Rome, and notably Christianity, transformed that model of freedom into the freedom of humanity, thereby affirming the central role of the human person in society. In political terms this means:

Always giving a central role to the citizens

This is the Europe that Pope Francis has urged us to develop, resuming the path undertaken in the past, which was abandoned on far too many occasions. But his heartfelt appeal was not addressed to the Church. It was directed to all men and women of good will who believe in Europe and wish to change it in order to restore the hope of its citizens. That’s how I interpreted his warm embrace to Hollande, Socialist President of the French Republic, custodian of the laicity of the State. Friday’s speech reiterates the idea whereby openness to others, attitudes of welcome and integration, will occur only if we share those values and we acknowledge their resulting identity. It’s the force of believing in our true nature as opposed to the violence and the intolerance of the “weak thought” characterising all those who have no values but only interests to defend.

On Saturday Pope Francis showed that the Europe based on the freedom and the centrality of the human person is the Europe that people believe in. The extraordinary mass participation in his visit to the city of Milan reconfirmed that citizens identify with that model of society, that they cherish a hope and a dream.

It isn’t only a matter of faith. Francis’ constructive message reaches out to the members of all religions, which his meeting with a Muslim family testifies to.

Intolerance and fundamentalism can be defeated by dialogue.

Moreover, on Friday and Saturday we bore witness to the extent of Christianity’s contribution to Europe, which extends far beyond its roots. That very contribution permeates our present times, and it is bound to contribute to the development of our future.

(*) President of the European Parliament