In the concluding remarks of his address that opened the Italian bishops’ Assembly, Cardinal Gualtiero Bassetti made an appeal to vote in next Sunday’s elections. Synodality as the “compass”, mission as a prime theme, and a twofold appeal: for the  non-profit sector and for the post-earthquake phase in Central Italy. On the bishops’ agenda also the Guidelines on abuses. The Cardinal announced that the Pope will participate in the meeting on the Mediterranean scheduled to take place in the city of Bari on February 23rd 2020

“We call upon everyone to overcome reservations and mistrust, and to participate in the vote. We are aware that this is but the first step, but it’s a step we cannot disregard.” This appeal concluded the introduction of Card. Gualtiero Bassetti, Archbishop of Perugia-Città della Pieve, President of the Italian Bishops’ Conference, at the General Assembly of Italian Bishops, underway in the Vatican until 23 May. “As Italians we should represent the best face of Europe to make our young people, our emigrants and those who land on our coasts more proud, for we are their first place of arrival,” in a continent where “the winds of populism and nationalism are blowing strong.”

Pope Francis will participate in the last day of the Reflection and Spirituality Meeting for Peace, to be held in Bari from 19 to 23 February next year,

announced His Eminence, who opened his address mentioning the main theme of the gathering with a twofold appeal to the Italian government for non-profit organizations and for support to the post-earthquake phase in Central Italy.

“Synodality is not an event to be celebrated but a style that must be allowed to shine through in language, in mutual esteem, in gratitude, in the care of relations: between us and with the People of God, starting with our priests.” The opening remarks are in keeping with the words of the Pope yesterday, when he opened the assembly. And in tune with Francis is also the central theme of the Assembly of bishops: “Modalities and instruments for a new missionary presence.”
“Addressing the theme of mission does not mean making a new list of activities to be carried out, it rather means embracing a new way of being Church, which, as such, involves the existence of each one and the entire pastoral ministry”,underlined the CEI President quoting from Evangelii gaudium on the need “to abandon the complacent attitude that says: “We have always done it this way”. The theme of the Pastoral Guidelines, also on the meeting’s agenda, follows this same direction. “Humility, gratuitousness, joy”: these are the “feelings”, recommended by the Pope in Florence, “where he outlined the plan for the Church in Italy”. “Aiming to make them our own – to the point of transforming them into permanent attitudes – is the condition for being worthy of our mission”, is the CEI President’s commitment for the Italian Church. The approval of the Guidelines on the Protection of Minors is another item on the bishops’ agenda. 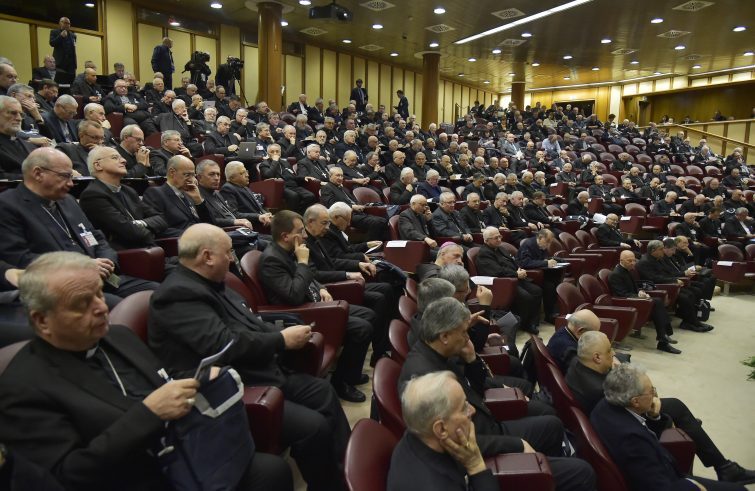 “Growing concern” for “ancient, anti-Catholic”  prejudices” and “bewilderment” for the twofold increase in taxation on non-profit bodies. The Cardinal denounced that “age-old prejudices still remain regarding the social activities carried out by the Catholic world. These prejudices prevent us from having adequate legislation that responds to the needs of hundreds of thousands of people, dedicated to their neighbour and to those in need.” “It is a world of values and projects, of social assistance, of social and health services, of centres of education and learning, of volunteering and civil commitment”, underlined the CEI President, according to whom “in a free and plural society, these initiatives would be encouraged and facilitated in every way.”
“That is why we cannot but be disconcerted – continued Bassetti – in seeing that an opposite signal is being sent to the whole country, intervening with no justification to double the taxation on bodies that carry out non-commercial activities.” “We are not asking the Government for tax breaks or privileges. All we are asking are appropriate regulations, in full respect of organized social realities and intermediate bodies that represent the expression of subsidiarity”, was his appeal.

“It’s crucial that the Ordinances be enforced, that the agreed procedures for reconstruction be implemented, that the funds allocated be used for concrete interventions.” 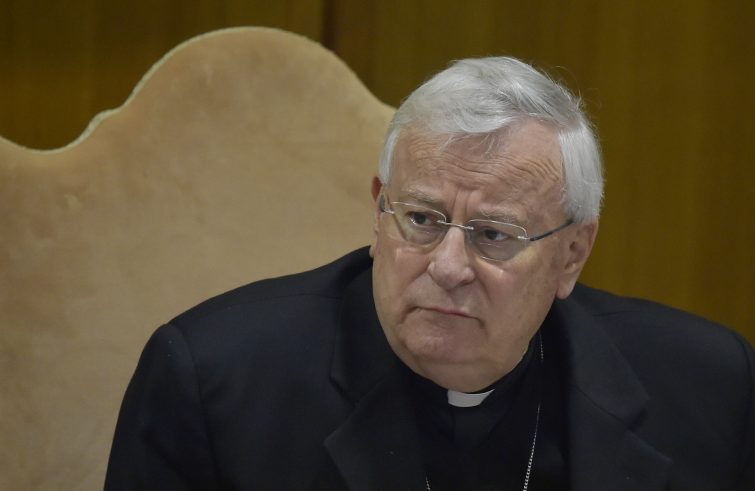 This was the Cardinal’s second appeal, regarding the post-earthquake in Central Italy. The hope is that “the generous commitment of so many citizens be met with the engagement of those with political and civil responsibilities.” “This is what the many still uninhabitable dwellings of our people are asking for; this is what our churches are asking for”, Bassetti remarked: “3000 homes were damaged by the earthquake. The commitment, that we discussed for months, envisages the reconstruction of 600 edifices, as of places of worship, meeting and reference centres for the whole community.”

“Indeed, today’s Europe is perceived as being distant and self-referential, to the extent that it is spoken of as the ‘decomposition of the Community family’, swept by nationalistic and populist winds”, argued the Cardinal, focusing on the future of the European Union. “However, may I be allowed to say – perhaps somewhat provocatively – that the main problem is not Europe but Italy, in our struggle to live our nation as a political community”, His Eminence said. He then asked: “What do we Italians still have to offer today? I am thinking of our virtues, notably the spirit of welcome; I am thinking of an extraordinary tradition of education, an unprecedented spirit of humaneness; I am thinking of its historical, cultural and religious heritage, that was passed down to us.” “But we must be careful not to live on what was, on the reference to religious traditions and symbols or on external behaviour!”, his cry of alarm: “Our heritage needs to be revitalized, also to allow us to bring more Italy into Europe.

We must be thoroughly Italian – convinced, generous, supportive, respectful of the rules – so that Europe, too, may become a little more Italian.

We must be proud – this being said without presumptuousness – of a Christianity that shaped the Continent with its contribution of spirituality and culture, of art and social doctrine. Of concrete humanism.”