Mary? A “non-conforming” woman endowed with the courage to chose, to fight and to go against the current to accomplish God’s dream by “working as a team” with her cousin Elisabeth and the other women. Biblical scholar Rosanna Virgili reflects on the “authoritativeness” of the Mother of Jesus in the month traditionally devoted to the Holy Virgin, with an invitation to relinquish a “sugary, vapid” interpretative key, typical of certain forms of Marian devotion and reflect, starting from the figure of Mary, on the importance of women’s role inside the Church. This is a fundamental issue in times of “clericalism” and regressive trends on the issue of women’s role

“A ray of light in the skies”, a woman whose “authority” stems from her ability to take courageous, counter-current decisions, harbingers of an “ever-valid prophecy” whose most eloquent symbol is the Magnificat: “the most beautiful literary text in the world, along with The Beatitudes”, in which the Mother of Jesus anticipates and recapitulates God’s dream.” Biblist Rosanna Virgili thus described the figure of Mary to SIR at the beginning of the month traditionally devoted to the Holy Virgin. The scholar pointed out: “the question of women’s role is decisive in the Church, in dire need of female contribution. The Marian month can provide the opportunity to reinterpret the figure of Mary from a more contemporary perspective that is neither “sugary” nor vapid. There is no future in the Church if the services carried out by women are not recognized. In our present times, marked by a resurgence of clericalism, if instead of progressing the Church backtracks on the woman question she will be doomed.” 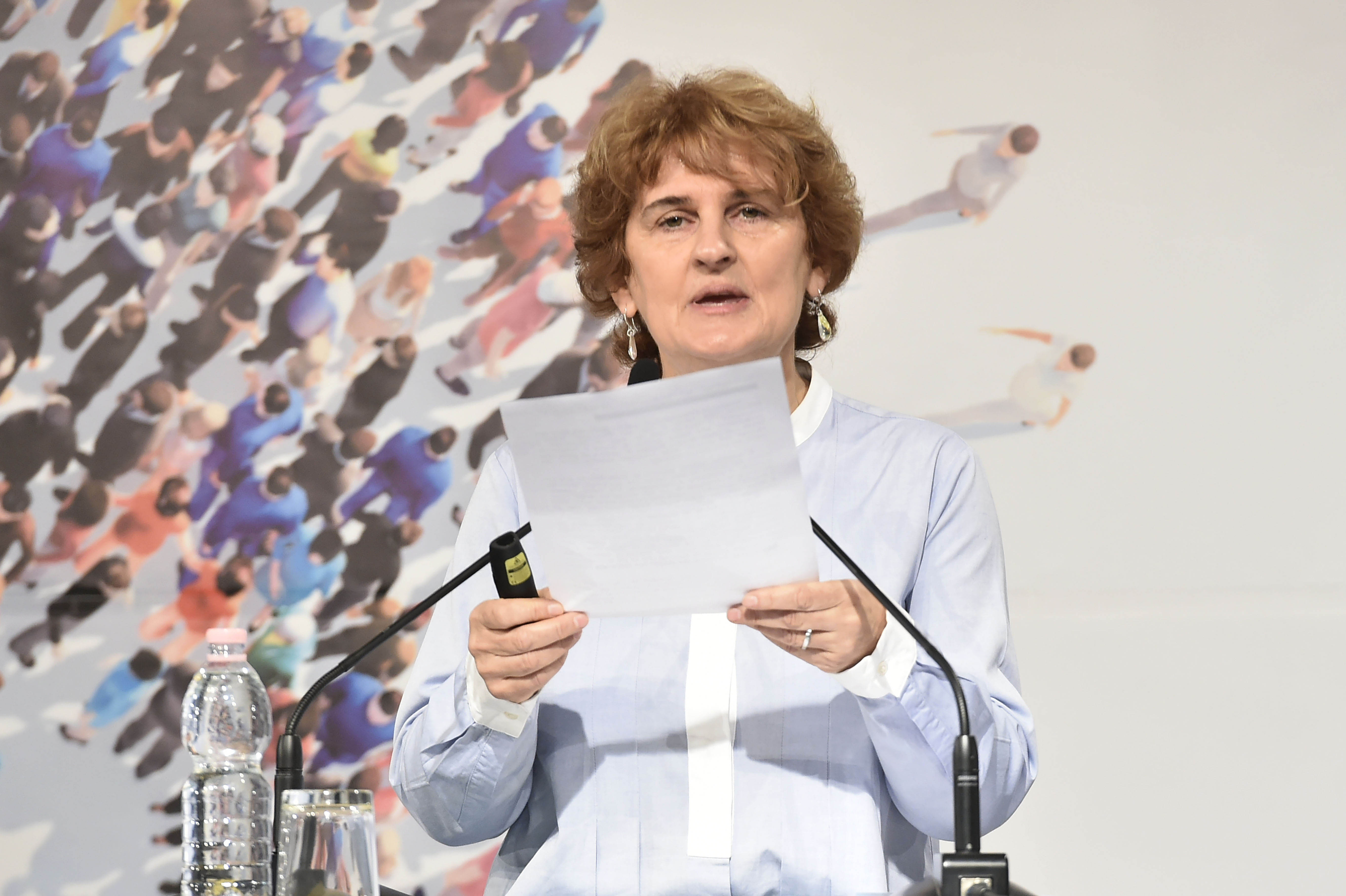 Marian devotion accompanies Francis’ pontificate since its inception. What does the Marian month that we traditionally celebrate in May mean for the Pope and for the Church?
Pope Francis revealed to us his special devotion to Our Lady Undoer of Knots since the beginning. I believe this message has taken deep roots among the Catholic community. Each one is devoted to a “particular” aspect of the Holy Virgin, or a Shrine. Marian devotion is greatly widespread also in Europe, and this is a beautiful thing. Who is Mary? She is the person who in our religious pantheon where we find Jesus and the Father, intervenes in the critical knots that occasionally ensnare our lives. The Holy Virgin Undoer of Knots, to whom Bergoglio has a special devotion, is a metaphor of this. The other aspect typical of the Pontificate of the Argentine Pope is the strong focus on the maternity of the Church: the Church as a mother, whose great icon is the Mother of Jesus. This aspect deeply characterizes the present pontificate: the relationship with Mary as mother and the desire to propose maternity as the very style of the Church. The Church Fathers had made this connection almost two thousand years ago, but Francis has the merit of having rejuvenated it.

“The Church is mother, Mary is more important than the apostles”, the Pope said on many occasions, calling for a greater presence of women inside the Church, “where important decisions are made”, as we read in Evangelii gaudium.
This is a knot which we hope Mary will undo. The Pope has clearly said that the possible discomfort of Catholic women is due to the fact that inside the Church authority is exclusively entrusted to the bishops, for they are the successors of the apostles. Women cannot exercise any form of authority: they are in  a condition of lacking  the “munera”, which in fact is ascribed to the clergy. Francis rightly affirms that Mary was the most important of all apostles. As we read in the Gospels, humanly speaking, the authoritativeness of the Mother of Jesus is second to none. However, in my opinion the figure of Mary ought to be reinterpreted from this perspective.

In fact, through the figure of Mary the Catholic tradition has transmitted a remissive, docile and rearguard feminine figure.

But the figure of Mary extends much further and her true “profile” is yet to be addressed in full. In this respect, the reforms called for by the Pope must be carried out without further delay. The question of the role of women in the Church, that direly needs the female contribution,  is of crucial importance. The Marian month can thus provide the opportunity for a contemporary re-reading of the figure of Mary, distant from a “sugary, vapid” interpretative key.

If you were to depict an “updated” portrait of the Mother of Jesus, what brushes would you use?
In addition to virginity and maternity – constitutive traits of the figure of Mary that should be re-read in 2019, mindful of the fact that for many women the situation with respect to these two issues has changed – among the many features of the Mother of Jesus there are some that are extremely eloquent. First of all, choice:

Mary chooses alone, when the Angel visits her, and she displays an extraordinary courage, at a time when women were not even greeted because they were merely seen as the wives, mothers, daughters of sister of men.

Beyond the private sphere: Mary already had her a life of her own, she was already betrothed, which meant that she was already married. In order to minister to a loftier service she left everything she had for the benefit of her people and for the world. This is an important lesson for young women today who are folded in on themselves. Furthermore, Mary wanted to see, to “navigate” the future and for that she went against the rules. If the Angel had not appeared in Joseph’s dream, she would have been sent back to her father who would have ordered her public stoning for being pregnant.

She had the courage of breaking the rules for a greater good. This lesson could be useful to a Europe that is closing in on itself, and also to the Church.

Finally, when does Mary consent to the Angel’s request? When she learns that also her cousin Elisabeth is about to give birth. This news represents a breakthrough for her. Mary is aware that she cannot accomplish this great dream on her own, she needs the support of a sister, of a friend. This is a powerful message to an individualistic Western world, and to many young people who are often lonely and incapable of establishing relationships. The Visitation is the accomplishment of the beginning of the Gospel: together, Mary and Elisabeth reveal themselves to each other. Through her relationship with her and with the other women, Mary shows that there is a community: she teaches the importance of teamwork to the Church. Conversely, the Church strives to work as a team: let it suffice to reflect on the divide between male and female, young and old, laity and clerics.