We asked Mons. Piero Coda, expert in dialogue, to provide a “theological” reading on the Document on Human Fraternity in the light of the Second Vatican Council. “Religions – he said – are not closed systems given once and for all. They are impermanent, subject to growth: the Spirit of the Lord urges us on and we must receive it and embrace it"

“The Document unquestionably reposes upon prayer and reflection. This can be seen in its spiritual – and, to a certain extent, political – import that it can ultimately take on.” We have asked Msgr. Pietro Coda, theologian, dean of “Sophia” University Institute in Loppiano, to provide us with an “insight” of the Document on Human Fraternitysigned in Abu Dhabi by Pope Francis and by the Grand Imam of Al-Azhar, Ahmed Al-Tayyeb. Numerous experts (Muslims and Catholics) and observers of Muslim-Christian dialogue had no hesitation in defining it a “historic” document. Speaking to journalists on the return flight to Rome the Pope explained that the document “was prepared with much reflection and also praying.” It was developed “over almost a year”, “so as to mature”, “to not give birth to the child before the time, that it might be mature.” 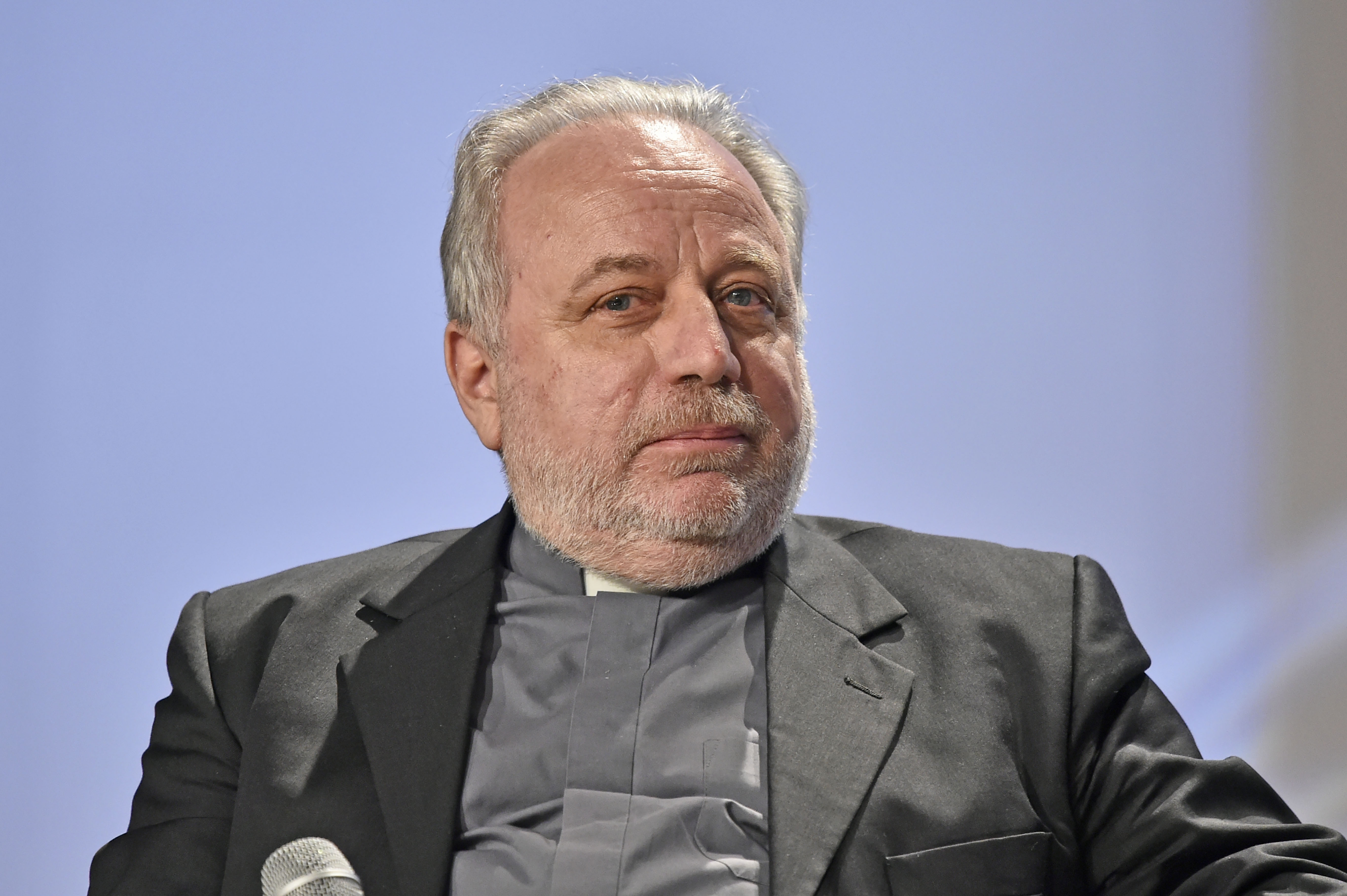 Mons. Coda, you are a theologian and a member of dialogue Commissions. Are you surprised by this working method lived in prayer and extended in time?
It is not a joint act of diplomacy but a declaration with strategic significance. It presupposes, on the one side, the two partners standing together before God to ask Him in sincere willingness to surrender to His will: what do you want of us today? On the other it entails in-depth discernment in the light of the respective belief in God’s plan for human history, of humanity’s tragic – and under many aspects crucial -moment in time, to jointly ask:

what must we do today to be faithful to the Lord’s plan for love?

During the in-flight press conference the Pope pointed out: “From the Catholic point of view, the document does not pull away one millimeter from Vatican II.” What is the focus point that underlies the Abu Dhabi document?
As Benedict XVI has written, Vatican II documents, which in their conciseness have had the richest impact on Church mission, are the Nostra Aetate Declarationon the Relation of the Church with Non-Christian Religions and the Declaration Dignitatis Humanaeon religious freedom. These two documents are ideally strictly linked to each other. To the extent that one of the most eloquent representations of the evangelical image of Church authoritatively proposed by the Council – as underlined by Saint John Paul II – has been the image which the world contemplated on the World Day of Prayer for Peace in Assisi in 1986.
The Document signed by Pope Francis and by the Grand Imam of Al-Azhar in Abu Dhabi marks a further step in this path towards the fulfilment of the prophetical message of Vatican II. Pope Francis highlighted the document’s focus point in the general audience last Wednesday:”In an age like ours, in which there is a strong temptation to see a clash between Christian and Islamic civilizations taking place, and also to consider religions as sources of conflict, we wanted to give another clear and decisive sign that, on the contrary, it is possible to meet, respect and dialogue with each other, and that, despite the diversity of cultures and traditions, the Christian and Islamic worlds appreciate and protect common values: life, the family, religious belief, honour for the elderly, the education of young people and much more.” For Christians and Muslims God is the Creator of everyone and everything and we are all members of one big family, and we are called to recognize ourselves as such.
This is the fundamental criteria of human coexistence offered by our religious faiths, to interpret our mutual diversity and defuse conflicts. While this point refers to the Council, what are the new elements present in the Document?
The novelty reflects what Saint Paul VI summarized in the programmatic encyclical of his pontificate, Ecclesiam suam <http://w2.vatican.va/content/paul-vi/it/encyclicals/documents/hf_p-vi_enc_06081964_ecclesiam.html>, that is, Church mission today takes on the name of dialogue. Opening up to others, discovering the values the other person lives by, walking together and cooperating for justice and peace means testifying to the fullness of truth and life which, as Christians, we contemplate and receive from Jesus. This implies living out our  identity – Pope Francis would say – in the “courage of otherness.” It’s the threshold we are asked to cross today. Only in this way does fidelity in God, in Jesus, become renewed history, construction of a civilization of the covenant that embraces the richness of diversity in peace and in the mutual exchange of gifts.
We must have faith that whatever is impossible to humankind is possible for God and that love, the love of God, is the only force that has the power to transform our world. Mons. Coda, dialogue, especially dialogue with Islam, is an open-ocean dialogue. How can the high waves of this ocean be addressed?
Within this realm of openness, sincerity, cooperation, the many hanging knots will be loosened with prudence and discernment. God infuses the light, and God is wherever there is love. Religions are not closed systems given once and for all, they are impermanent, subject to growth:

The Pope said: “The historians say that a council takes 100 years to take root in the Church. We are halfway.” Which prospects does this Document offer?
Countless prospects!… provided we are able to seize and appreciate the spirit animating the document and creatively interpret its proposals and requirements. At first glance I see two prospects.

Firstly, the prospect of educating ourselves and others to a culture of encounter, fraternity and peace.

It is a question of revisiting, through these lenses, academic and education programs in schools, in universities, in learning institutions. As Pope Francis wrote in his Address at the Founder’s Memorial in Abu Dhabi: “Alongside the famous ancient maxim “know yourself”, we must uphold “know your brother or sister”: their history, their culture and their faith, because there is no genuine self-knowledge without the other. As human beings, and even more so as brothers and sisters, let us remind each other that nothing of what is human can remain foreign to us. It is important for the future to form open identities capable of overcoming the temptation to turn in on oneself and become rigid.”

Ultimately, it’s a question of working for the inseparable values of justice and peace at all levels.

Pope Francis said: “Religions should be the voice of the least, who are not statistics but brothers and sisters, and should stand on the side of the poor. They should keep watch as sentinels of fraternity in the night of conflict. They should be vigilant warnings to humanity not to close our eyes in the face of injustice and never to resign ourselves to the many tragedies in the world.”

Thus, religions together, prophecy of a new humanity!