The Pope’s message for the upcoming World Day of Peace is dedicated to the vices and virtues of politics. Corruption, racism and xenophobia “bring disgrace to public life and threaten social harmony.” "Political addresses that tend to blame every evil on migrants and to deprive the poor of hope are unacceptable", Francis said.

“The thirst for power at any price leads to abuses and injustice.” These are the opening remarks of the Pope’s Message for the 52nd World Day of Peace, that will be celebrated next January 1st on the theme: “Good politics at the service of peace.” Francis examines the virtues and vices of politics, starting with corruption, racism and xenophobia that “bring disgrace to public life and threaten social harmony”. “Political addresses that tend to blame every evil on migrants and to deprive the poor of hope are unacceptable”, he warned.

“Politics is an essential means of building human community and institutions, but when political life is not seen as a form of service to society as a whole, it can become a means of oppression, marginalization and even destruction”

Francis affirmed, quoting Charles Peguy’s definition of hope: “It is like a delicate flower struggling to blossom on the stony ground of violence. The Pope reiterated the invitation of Saint Paul VI “to take politics seriously”, as a quest “for the good of the city, the nation and all mankind.”

These are the inherent “virtues” of good politics, integrated in the “programme” of Benedict XVI conveyed in the form of Christian love and commitment for the common good. “This is a programme on which all politicians, whatever their culture or religion, can agree”, the Pope said, recalling the “Beatitudes of the Politician”, proposed by Vietnamese Cardinal François-Xavier Nguyễn Vãn Thuận, died in 2002. 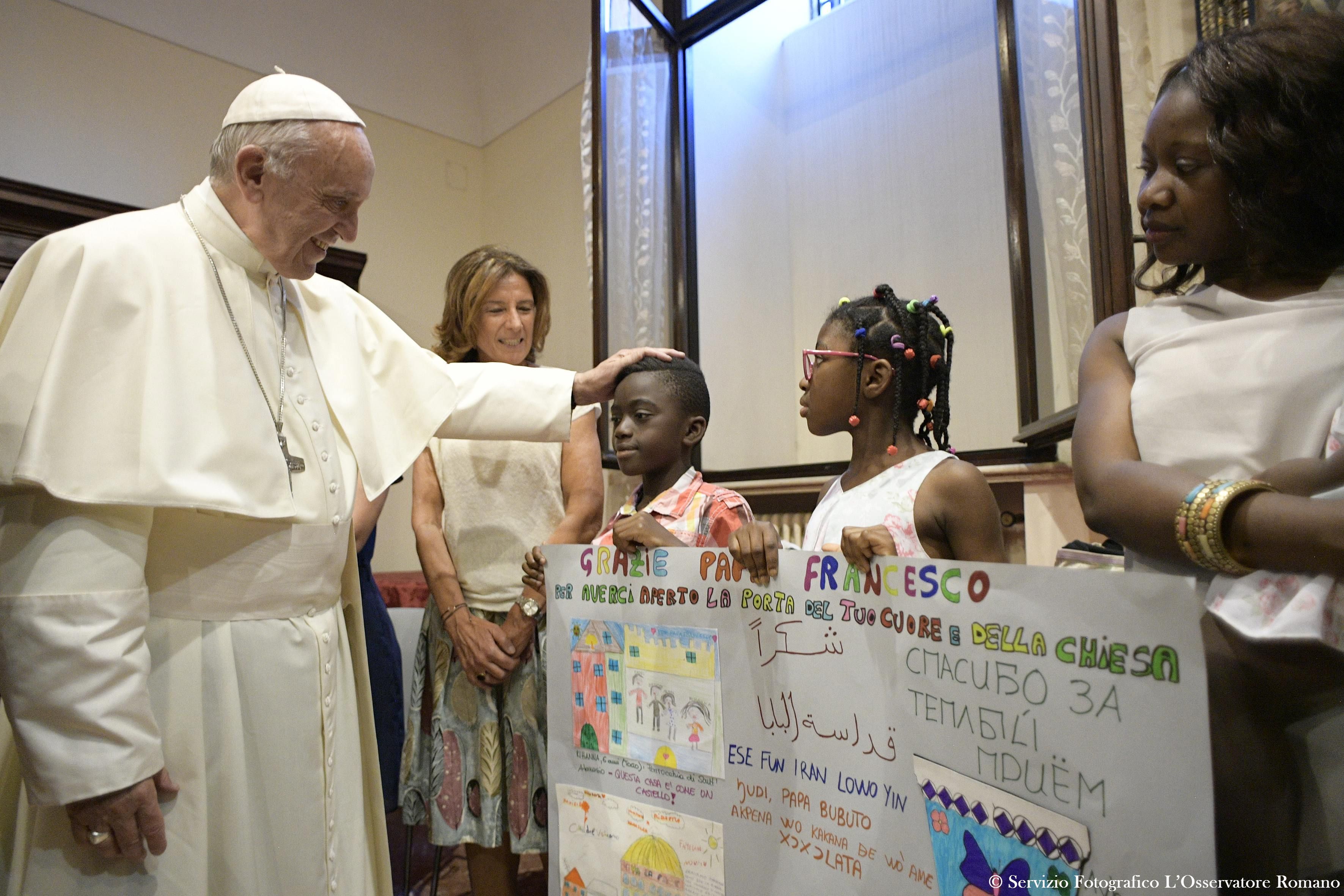 “Vices” such as “corruption, xenophobia, and racism” “bring disgrace to public life and threaten social harmony.”

“Sadly, together with its virtues, politics also has its share of vices, whether due to personal incompetence or to flaws in the system and its institutions”, Francis writes. The list is long and detailed: “Corruption – in its varied forms: the misappropriation of public resources, the exploitation of individuals, the denial of rights, the flouting of community rules, dishonest gain, the justification of power by force or the arbitrary appeal to raison d’état and the refusal to relinquish power. To which we can add xenophobia, racism, lack of concern for the natural environment, the plundering of natural resources for the sake of quick profit and contempt for those forced into exile.” “When the exercise of political power aims only at protecting the interests of a few privileged individuals – warned the Pope – the future is compromised” and young people are relegated to the margins of society. But when politics concretely encourages the talents of young people it becomes “a confident assurance that says that we can all work together for the common good.” Politics is also “an outstretched hand”, and every man and every woman can cooperate.

“Especially in our own times”, we see “a climate of mistrust rooted in the fear of others or of strangers, or anxiety about one’s personal security. Sadly, it is also seen at the political level, in attitudes of rejection or forms of nationalism that call into question the fraternity of which our globalized world has such great need.”

It is the analysis of the Pope, underlining that today, more than ever before, our societies need “artisans of peace.” A hundred years after the end of the First World War, “the terrible lesson taught by fratricidal wars: peace can never be reduced solely to a balance between power and fear.” Thus we must oppose “an escalation of intimidation”, the uncontrolled proliferation of arms, and the “terror exerted over those who are most vulnerable” that “contributes to the exile of entire populations who seek a place of peace.”

“Political addresses that tend to blame every evil on migrants and to deprive the poor of hope are unacceptable”, 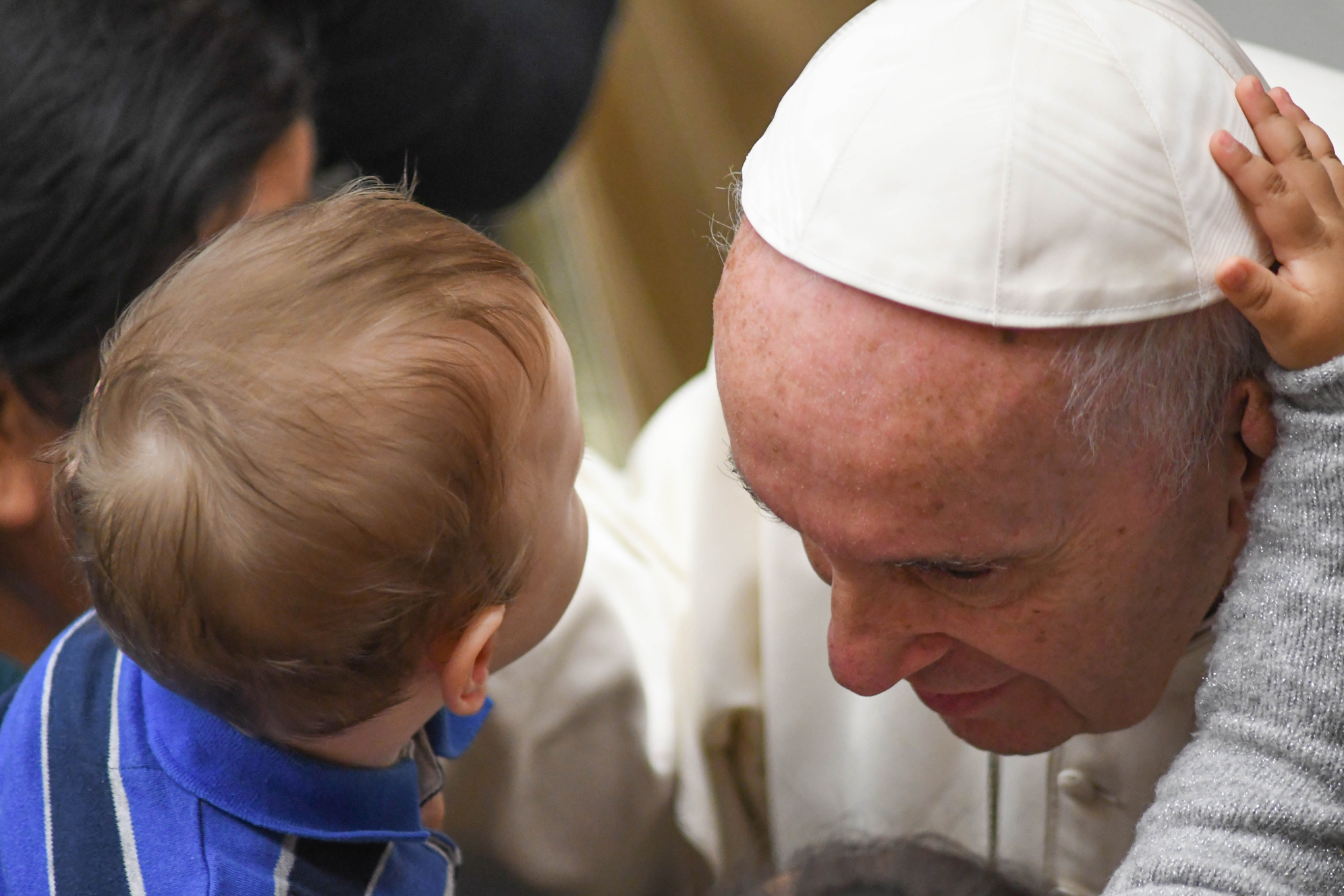 “One out of every six children in our world is affected by the violence of war or its effects, even when they are not enrolled as child soldiers or held hostage by armed groups”, the Pope denounces at the end of his message, recalling the celebrations for the 70th anniversary of the Universal Declaration of Human Rights, adopted in the wake of the Second World War. “Man’s awareness of his rights must inevitably lead him to the recognition of his duties.  The possession of rights involves the duty of implementing those rights, for they are the expression of a man’s personal dignity. And the possession of rights also involves their recognition and respect by others”, Francis writes quoting Saint John XXIII. “Peace – writes the Pope – is the fruit of a great political project grounded in the mutual responsibility and interdependence of human beings. But it is also a challenge that demands to be taken up ever anew. It entails a conversion of heart and soul.” This “interior and communal” peace has “three inseparable aspects” concludes the Pope. These are: “peace with oneself, peace with others, peace with all creation.”