The Pope has just concluded a cycle of 15 catecheses dedicated to Mass. Let’s return to Saint Peter’s Square to retrace the highlights of the past five months’ General Audiences

No mobile phones or idle chitchat: Mass is not a show, it’s the time when Christians relive the Passion and Resurrection of Jesus. Pope Francis has just concluded the cycle of catecheses devoted to various sections of Eucharistic celebration that  began with the sign of the Cross – to be taught already in early childhood years – and it ends by forming part of our daily activities. Life is like an “Easter in bloom” is the message that extends beyond this liturgical period.

Children and the cross. Children don’t know how to make the sign of the cross: they “must be taught how to make it properly, for “this is how Mass begins; this is how life begins; this is how the day begins”, the Pope said in unprepared remarks in the first catechesis of November 8 2017  , and repeated it on December 20, urging parents and grandparents to teach the children from the tender age to make the Christian sign par excellence. 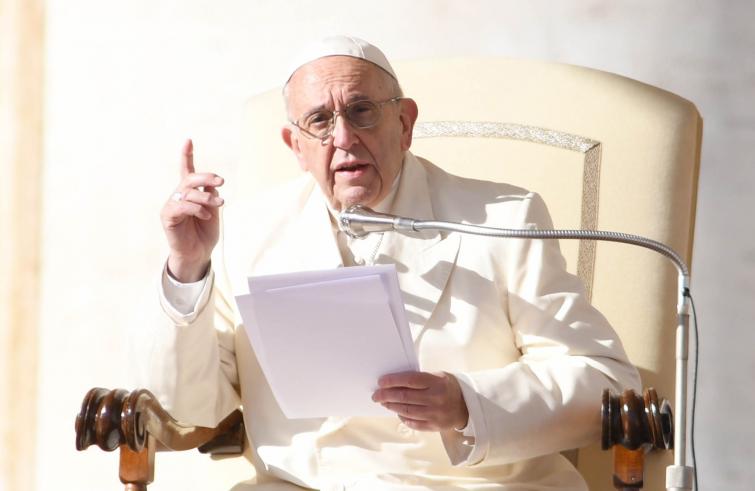 Silence. The Mass is prayer, and prayer is the moment of silence, Francis explained in the catechesis of November 15 : “Mass is not a show”, he reiterated echoing the first audience on the Mass and in almost all audiences of the past five months.

Mass “is a living encounter, we go to Mass not to a museum!”

“Silence is not confined to the absence of words”, the Pope added in the catechesis of January 10 2018 with reference to the collection of petitions, when the priest recites this plea with outstretched arms to imitate Christ with his arms outstretched on the wood of the Cross – depicted in the frescos of the Catacombs of Rome. There is the silence that follows the homily and the universal prayer after the Creed, “it is the time to ask the Lord for the most important things in the Mass, the things we need, what we want.”; is the Pope’s teaching on February 14 guarding against “claims of worldly logic”, which “do not rise towards Heaven, just as self-referential requests remain unheard”. 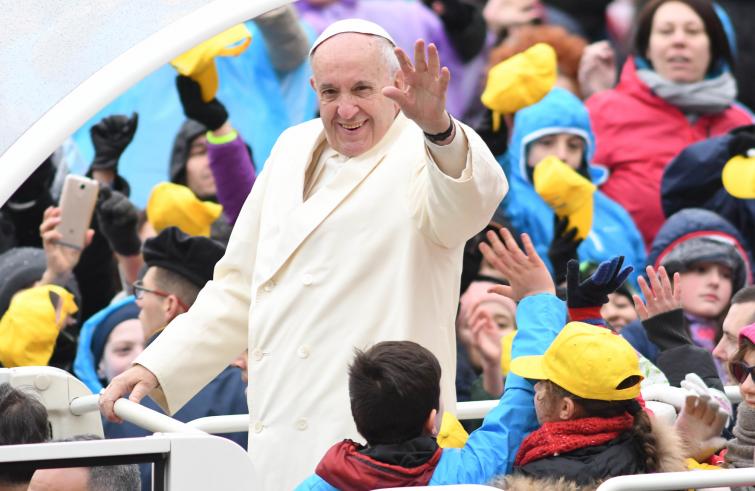 Going to the calvary. “At the moment of Mass we go to Calvary” is the metaphor used on November 22 to explain the meaning of Mass as a memorial, thus it is not merely a remembrance. We go to Sunday Mass not because it is “Mass that makes Sunday Christian.” (December 13). Secularized society have forgotten that “without Christ we are condemned to be dominated by everyday weariness.” That’s why it’s important to recover the significance of Sunday rest, initiated by Christianity.

As fragile as clay. Francis opened the year 2018 delving into the significance of the Penitential Act, on January 3rd. “It is not enough to refrain from doing harm to our neighbour; we must choose to do good,” underlined the Holy Father, guarding us against our own “omissions” that consist in “having neglected to do the good I could have done.” “Out of fear or shame, we point a finger to blame others”, the warning:

“Measuring ourselves with the fragility of the clay of which we are molded is an experience that strengthens us: as it makes us take account of our weakness, it opens our heart to invoke the divine mercy which transforms and converts. And this is what we do in the Penitential Act at the beginning of Mass.” 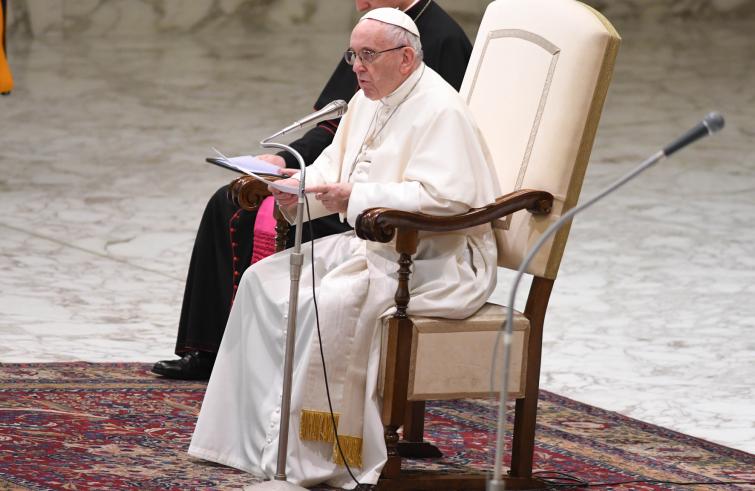 “Live”, and not on newspapers. Mass is an experience which occurs “live” and not through hearsay, the Pope said in the opening remarks of the first catechesis dedicated to the Liturgy of the Word (January 31st): the true news of the day, for Christians, is not one we read on newspapers, but the Word of God. “In the Mass we do not read the Gospel in order to know how things happened, but rather, we listen to the Gospel in order to realize what Jesus once did and said”, the Pope went on the following week.

The homily “is not a trite discourse”, nor a catechesis, a conference or a lesson: “it is taking up once more the dialogue which the Lord has already established with his people, so it may find fulfilment in life.” It should be brief, “not more than 10 minutes.”

Mass is not paid. The centre of Mass is Christ: the altar is Christ, and the first altar is the cross. Commenting on the Eucharistic liturgy, on February 8 Francis pointed out that the Lord “asks little of us and he gives us so much”: good will, an open heart, to seek to be better persons in order to welcome Him in the Eucharist. In the Eucharistic prayer, “no one is forgotten”, the Pope assured on March 7, neither our relatives, friends, who are in need or have departed from this world to the other. Nothing is paid for having their names said at Mass:

“One does not pay for Mass. Mass is Christ’s sacrifice.” 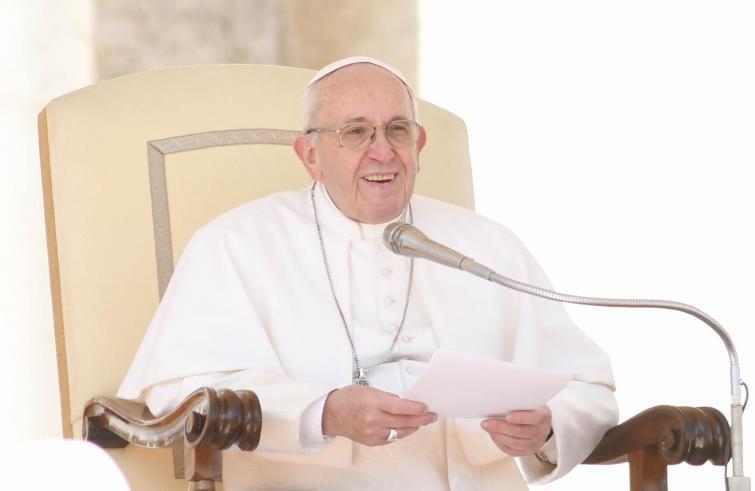 Our Father and forgiveness. “Forgiving the people who have offended us is not easy; it is a grace that we must ask for”, Francis said on March 14 in his comments to Our Father. “Jesus always forgives. Jesus never tires of forgiving. It is we who tire of asking for forgiveness”, he repeated on March 21st, illustrating the “the wonder of Communion: we become what we receive!”, for

“Each time we receive Communion, we resemble Jesus more; we transform ourselves more fully into Jesus.”

From Mass to life. “Christians don’t go to Mass to do their weekly homework”, the Pope said in the last audience devoted to the Mass  . Francis indicates a specific itinerary: “From the celebration to life”, for Mass does not end; in fact it is fulfilled in our daily deeds.

“Allow your soul to grow”, is the final invitation. “Not these small, tight, egotistic souls, but great souls! Great souls with great horizons!”

“The fruits of the Mass, therefore, are destined to ripen in everyday life” since the Mass is like the grain of wheat, that separates us from sin and commits us in our engagement towards others, especially towards the poor, “teaching us to pass from the flesh of Christ to the flesh of our brothers.” It’s the Eucharist that makes the Church, that “unites us all.”