"Closeness" is the key-word in the Pope’s homily for the Holy Chrism Mass celebrated today in Saint Peter’s Basilica. People greatly appreciate a “priest close to all flesh”, who is always present and speaks with everyone, the invitation to priests

In “closeness” priests dedicate themselves in full. For “closeness” is more than a specific virtue. It is an attitude that engages the whole person, that is related to people’s flesh. In the Holy Chrism Mass for Holy Thursday the Pope reminded the faithful that Jesus chose to be “a street preacher, a close preacher”, and called upon the priests, on the day in which they renew  their priestly vows, to banish “the culture of the adjective” and abstract reasoning that classifies people instead of calling them by their real name. We must follow the example of Mother Mary whose “closeness” is present wherever important things are ‘concocted’”. 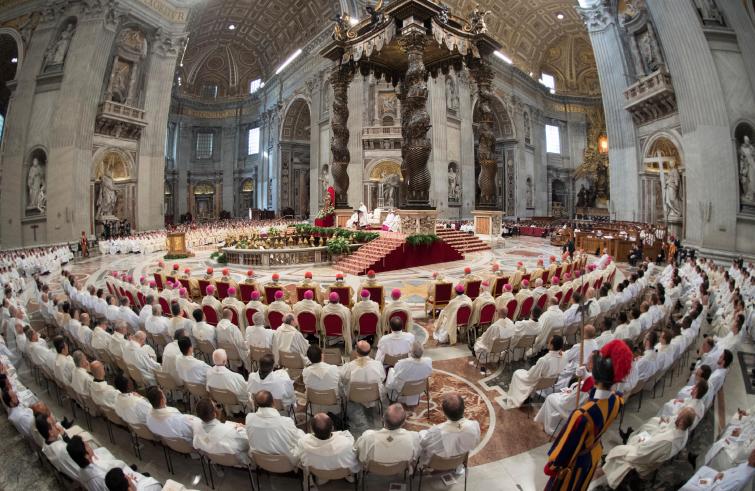 Street preacher. “Jesus could have been a scribe or a doctor of the law, but he wanted to be an evangelizer, a street preacher.”  It’s the Lord’s “great closeness”, the Pope said.

“This is God’s great choice: the Lord chose to be close to his people.”

Here we find the primacy of the pedagogy of the Incarnation, of inculturation: “Not only in foreign cultures but also in our own parishes, in the new culture of young people…”. 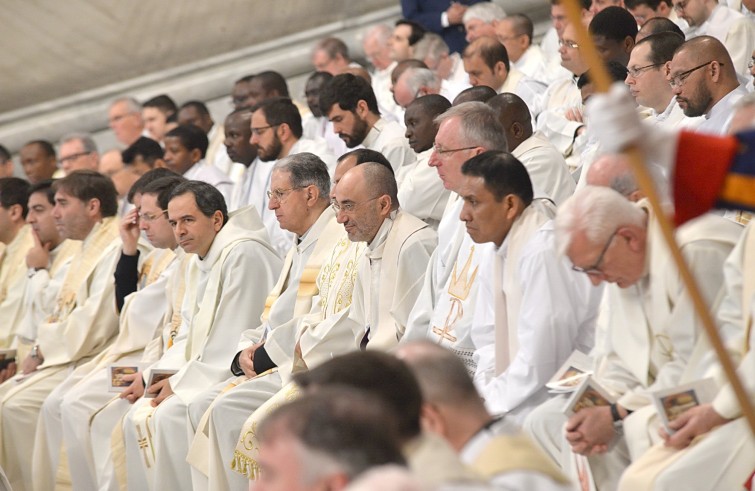 A priest is always there and he speaks with everyone. “Closeness is more than the name of a specific virtue; it is an attitude that engages the whole person, our way of relating, our way of being attentive both to ourselves and to others…”, Francis’ description:  “When people say of a priest, ‘he is close to us’, they usually mean two things. The first is that ‘he is always there’ (as opposed to never being there: in that case, they always begin by saying, ‘Father, I know you are very busy…’). The other is that he has a word for everyone. “He talks to everybody”, they say, with adults and children alike, with the poor, with those who do not believe… Priests who are “close”, available, priests who are there for people, who talk to everyone… street priests.’” The example mentioned is that of Philip,  who went about evangelising in all cities and whom the Spirit could “seize” at any moment and make him go out and evangelise, “even baptizing people of good faith, like the court official of the Queen of the Ethiopians, and doing it right there at the roadside.” 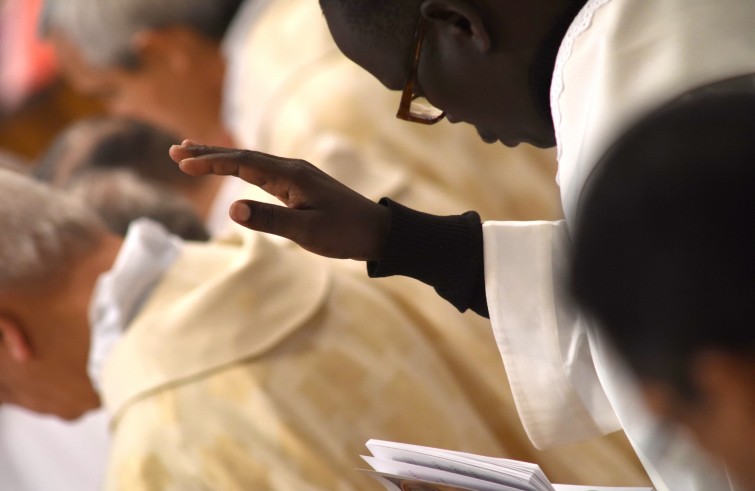 Say “no” to the “culture of the adjective”. “Closeness, is crucial for an evangelizer because it is a key attitude in the Gospel.” Not only is it the key to mercy, it’s also the key to truth:  “Truth is not only the definition of situations and things from a certain distance, by abstract and logical reasoning. Truth is also fidelity. It makes you name people with their real name, as the Lord names them, before categorizing them or defining their situation”. Thus say “no” to the “culture of the adjective”, it’s a distasteful habit that makes us forget the faithful truth of the person and not the adjective regarded as the substance.

Mother Mary of closeness. For Francis, the “truth-idol”, consists in abstract truths, temptations, comfortable idols, always within easy reach, they offer a certain prestige and power when dressed up in the words of the Gospel, but this truth “distances ordinary people from the healing closeness of the word and of the sacraments of Jesus”, because it does not let those words touch their hearts. The antidote, the Pope says, is to turn to Mary, “Mother of priests”, and call upon her as “Our Lady of Closeness”, when she serves and in what she says. We must be present “wherever the important things are ‘concocted’: the important things of each heart, each family, each culture”, is the Pope’s recommendation with reference to the “concocted closeness” as the one shown by Mary in Cana. 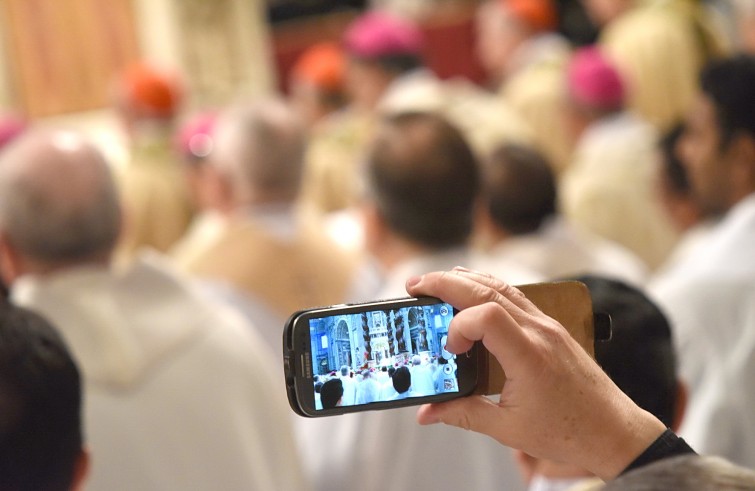 The Samaritan and the adulteress. Finally, Francis highlights three areas of “priestly closeness”: closeness in spiritual conversation, in Confession, and in preaching. For Francis spiritual closeness draws from the reflection on the encounter of the Lord with the Samaritan woman, that of Confession from meditation on the passage of the woman, “Go and sin no more”, spoken with the tone of truth, “to enable the sinner to look ahead and not behind.”

The homily is the touchstone. “The homily is the touchstone for judging a pastor’s closeness and ability to communicate to his people”, the Pope said:   “In the homily, we can see how close we have been to God in prayer and how close we are to our people in their daily lives.”   “ If you feel far from God, please draw nearer to your people, who will heal you from the ideologies that cool your fervour. If you feel far from people, approach the Lord and his Word”, the twofold direction for priests: only in this way, Francis assures, will you “become a priest close to all flesh, an intercessory priest.”  “ A priest who is close to his people walks among them with the closeness and tenderness of a good shepherd; in shepherding them, he goes at times before them, at times remains in their midst and at other times walks behind them. Not only do people greatly appreciate such a priest; even more, they feel that there is something special about him: something they only feel in the presence of Jesus.”

In closeness, the Pope’s concludes, “we either make Jesus present in the life of humanity or let him remain on the level of ideas, letters on a page, incarnate at most in some good habit gradually becoming routine.”