Five youths from world Countries representing their respective continents spoke on behalf of their 300 peers who gathered in Rome from across the globe. They openly brought to the Pope’s attention the problems experienced in daily life: the difficulty of forming a family, the wound of their parents’ divorce, economic precariousness, the tepidity of a Church that many people are growing distant from, the uncertainties for the future, the fear of commitment, the lack of opportunities

The difficulties of forming a family, the wound of their parents’ divorce, economic precariousness, the tepidity of a Church that many people are growing distant from, the uncertainties for the future, the fear of commitment, the lack of opportunities. These are some of the alarm bells sounded this morning in the Vatican during the first pre-Synod meeting (March 19-24) in preparation for the 15th General Ordinary Assembly of the Bishops’ Synod. Five young people representing their respective continents spoke on behalf of their 300 peers who convened in Rome from world Countries. The need for a Church that can be a guide for disoriented youths in an ever more disbanded society was the overarching theme of their addresses.

Africa. “In most African countries the economic crisis has brought about many challenges and problems. Poor economies, largely due to mismanagement of resources has led to poor performance of economies.” Tendai Karombo, Africa’s delegate from Zimbabwe, thus described the situation of a continent where “young people are failing to live their dreams, their dreams and aspirations are controlled by the one who has an upper hand in their lives or based on how much the family can earn to make their dreams come true.” Furthermore, , “child labour is becoming a common practice in Africa” and “young people are being used to provide cheap labour. Many of them, especially girls, still have challenges to access basic education, many fail to get specialised trainings.”. Due to “generational differences”, the delegate said,

“the older generation of believers have failed to create sustainable dialogues with young people hence no space for youths to grow.”

As a result “youths are often side lined to minor responsibilities and duties in Catholic institutions” and “they are not prone to ask the support of the Church in dealing with social challenges like addiction, homosexuality, pornography, alcohol and child abuse.” There are many expectations from society and from the Church that can “support young people and give them platform to show their strength”, assist young people “to discern carefully about their vocations, their career and their aspirations”, and “constantly revise and improve the education system.” 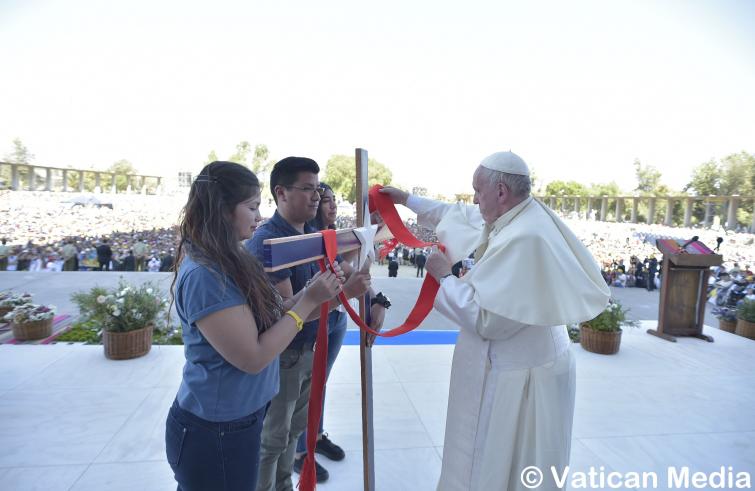 Americas. “In my 5 years as college campus minister I have found that if there is one overall theme that highlights the life of a young person, it is transition. Moving, choosing, experimenting, failing, succeeding, fearing, and hoping that that next steps we make are the steps that God is calling us to make. Some of these transitions include entering high school, receiving the sacrament of Confirmation, going off to college, going abroad to be a missionary, moving out of your parent’s home, getting your first job or getting a job after college, getting married, having children, or entering the seminary or convent. The life of the young person is riddled with potential changes.” This was the inception of the reflection shared by Nicholas Lopez, delegate representing the Americas from the US. “Church’s guidance of our youth is needed now more than ever. Unfortunately, research shows that

about half our young people mistrust religious leaders

– he pointed out – and are sceptical about religion in general. Even currently in the United States, about one-third of our young people do not affiliate with any religion at all; and even of our young adult Catholics, less than 15% percent attend Mass every week. Furthermore, most recent research shows that our youth have begun to distance themselves from the faith from as early as 11 to 13 years old.”

However, there is some good news: “About 40% of young people in the U.S. still attend Ash Wednesday services and about just as many participate in Lenten observances, showing that they still find the season of penance and preparation relevant to their lives. Catholicism’s relevance is displayed during each WYD gathering, where millions of young people give testament to the vibrancy of the young Church.”

Asia. “There are many top concerns of the local Church in Asia, such as: abortion, teenage pregnancy, the increasing proportion of divorces, mixed marriage , and especially Same-sex marriage. All of them are damaging the teaching of the Church as well as becoming the dangerous values for the mindset of young generations”, said in clear terms Cao Huu Minh Tri, Asian delegate from Vietnam. He pointed out: “after a long period of changing and fluctuating in the history, Asia is moving forward, with many significant achievements in all aspects. Together with the fast growing social networks, there are more challenges for us, as the future generations, in a dynamic economy changing day by day. Therefore,

it is necessary for the Church to find the new way to proclaim the Gospel to young people,

which comes from the dialogue and truly understanding, especially in such a multicultural and dynamics continent.” For the development of the Catholic faith, “because of the diversity in culture, especially the philosophical thoughts and religions, somehow, there are obvious obstacles for those who want to discover the beauties of the Church as well as live according to her teaching”, the delegate added: “On this issue, atheism is one of the most thoughtful topics not only in some popular socialist countries like: China, North Korea or Vietnam, but also in many other developed countries, where most of population are living in good living conditions. In fact, many educated young people, even the Catholics, do not believe in God or just consider Him as a normal philosopher, and spending time in attending Mass is viewed as a strange thing.” 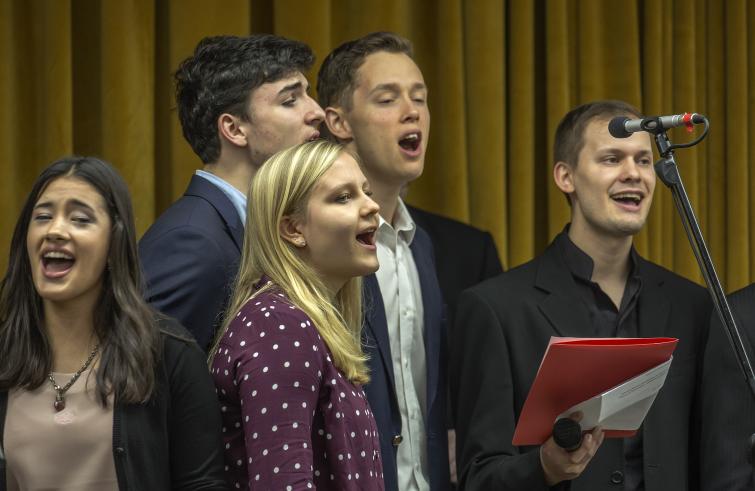 Europe. “Today the Church has the opportunity to accompany young people and to guide them. These young people need a guide that may act as their compass, to help them choose from the manifold offers to which they are exposed.” It is the view of Annelien Boone, Europe’s delegate from Belgium: “In the past almost all institutions in Belgium were Catholic. Christianity formed part of our culture, while today we are witnessing an accelerated process”, notably as regards the “secularization of our society.” The themes discussed in the past (love, happiness, relationships, work) “are discussed in the public arena, but God or the religious dimension are never mentioned.

People have learned to live and be happy without God.

Recent studies show that for the first time less than half Belgian youths have been baptized.” Referring to figures taken from the recent “Generation What”? survey (conducted on 657 205 young people in 30 Countries), the delegate added: “When asked whether young people could be happy without religious faith, 94% replied yes. Respondents agree that relationships, children, love, and sex have more weight in determining happiness compared to religious faith. In addition, a Belgian survey showed that less than 2% of the Belgian population under the age of 34 attended a Eucharistic celebration more than once a month.”

Oceania. “It is the stories of my family and faith community that engrained in me the empathy to understand and reach out to other communities in Australia, in particular the Indigenous community. Indigenous culture is foundational to many of the communities across the Oceania region. Since the arrival of Europeans to the region, Indigenous people’s lives and stories are stories of adversity and trauma. In Australia, New Zealand and all countries, we need to acknowledge and rectify the deep mistakes of the past and present.” Angela Markas, Australian delegate for Oceania, is member of a Chaldean parish. Her parents are Iraqi.  “Our church is built on our hope. So I feel compelled to ask, how can we be true Christians, if we are not present and work to instil hope and dignity in people’s lives?”. “As youth, we are in need of guidance. Through my interactions with friends, the youth I tutor, and my family  – she said –  I feel young people are less drawn to seek this guidance from someone associated with the Church. There are many reasons, but a consistent one is that

youths feel disconnected from the Church

This can be because they feel divided by an older clergy, unwelcomed for their different ideas and beliefs, or because they don’t feel listened to or approached with love and empathy. Youth do not always feel they have a place in Church. They need a place where they feel safe, welcomed and loved. They then can look within themselves and reflect on all of these unanswered questions alone.”