In an all-encompassing dialogue with young people, speaking mostly off the cuff and answering their questions, Pope Francis opened the pre-Synod asking 300 young people from the five continents to help the Church to abandon the poisonous logic of “we have always done this way”. Answering a question from a young victim of human trafficking, the Pope used very strong words: human trafficking “is a crime, a crime against humanity, and arises from a sick mentality”. Pope Francis noted that in Italy 90% of clients are baptised Catholics and asked forgiveness for them

“Youth does not exist, young people exist”, their faces, their looks, their stories, their doubts, their illusions, their courage to face the future with boldness and parresia. It is with a pragmatic and easy-to-listen-to speech, delivered mostly off the cuff, that the Pope opened the pre-Synod on youth that is underway at the Vatican with 300 young people from all the continents who will exchange views for a week to draw up a document which will become an integral part – as Pope Francis assured – of the October Synod. The nerve, the courage, the ability to laugh and to weep, even tattoos found a place in the words of the Pope, who, after the testimonies of the representatives of the five continents, went on to respond off the cuff to other questions put to him by young people on topics such as human trafficking, discernment, the pitfalls of the digital world, and diseases to avoid in the Church. A Church that only with young people never ages and is able to find an antidote to the poisonous logic of “we have always done this way”. 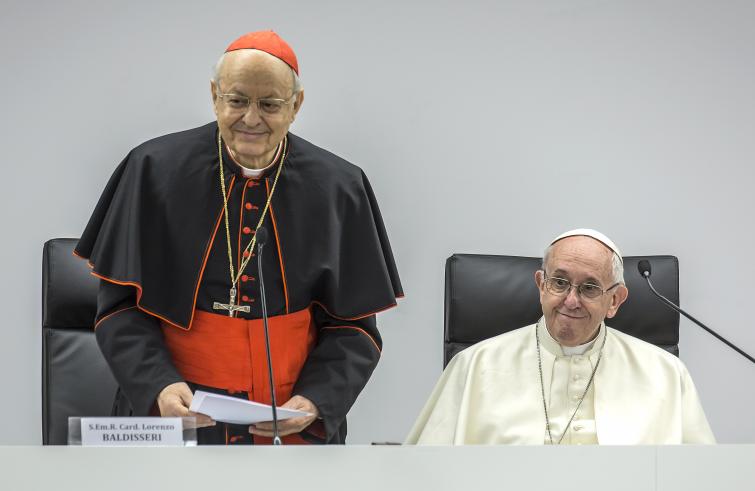 Pope Francis said referring to Samuel’s story. Young people are not ashamed. They have more strength to laugh, even to cry.

Pope Francis firmly rejected a simplistic sociological reading of the world of youth: “There are stories, faces, looks, illusions, there are young people”. Talking about youth in terms of abstractions or percentages is easy: but we should follow young people instead, who are “not the Nobel Prize for prudence”. “Some think that it would be easier to keep you at a safe distance, so as not to be provoked by you”, he warned: “But it is not enough to exchange text messages or share some funny photos. Young people must be taken seriously!”.

“It seems to me that we are surrounded by a culture that, on the one hand, idolises a never-ending youth, and on the other, excludes many young people from being protagonists”, Pope Francis complained: “It is the make-up philosophy” of those adults who make up to look younger, but then make no room for young people, they leave them young, and do not let them grow up. 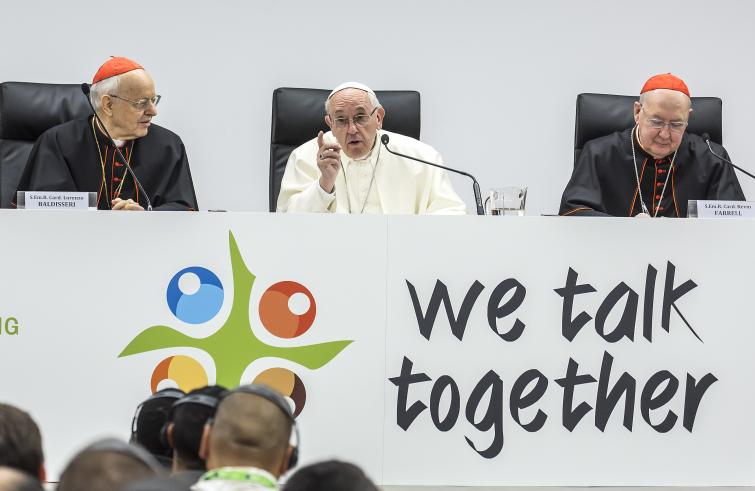 “You are often marginalised from public life and you have to beg for jobs that do not guarantee you a future”, he said, expressing disapproval of youth unemployment data. A young man who cannot find a job “gets sick and depressed, falls into addiction, commits suicide”. “Statistics on youth suicide are all rigged”, the Pope decried. “This is a social sin, and society is responsible for this”, he said.

With the Synod, Pope Francis explained, the Church wants to “listen to all young people, none excluded”, and this is “not for politics or for an artificial ‘youth-philia’, but because we need to better understand what God and history ask of us”.

“What do you want in your life? Tell us, it would do us good to listen to that. We need this: to hear your journey in life” – this is the symbolic question of the theme of the October Synod: discernment.

“Young people today ask the Church to be close to them”: so no to the “white gloves”, to the temptation to “take distance so as not to get your hands dirty”, and yes, instead, to the challenge of rejuvenating the Church, learning from young people to “fight against all selfishness and to build a better future with courage”, as the message of the Council asked them to do.

“A man, a woman who does not risk does not mature: an institution that chooses not to risk remains a child, it does not grow up”, the Pope warned: young people who do not risk retire at age 20, and the Church too ages with them. 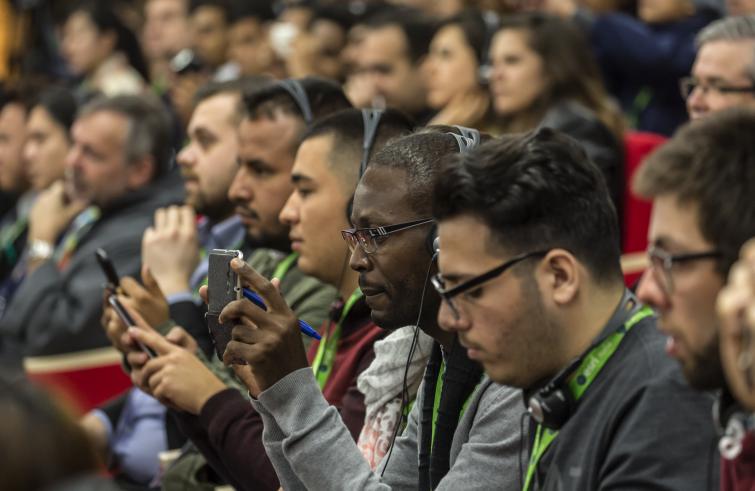 For Pope Francis, young people are the antidote to the logic of “we have always done this way”, which is a poison for the Church, “but a sweet poison, for it calms your soul, and leaves you a little anaesthetised and unable to walk”. “Another step forward”, but looking at the roots, is the roadmap suggested to young people. Their mark is creativity, but the roots are the elderly, their grandparents, those who have lived their lives and are the victims of the “throwaway culture”.

Human trafficking “is a crime, a crime against humanity, and arises from a sick mentality” according to which “the woman must be exploited”. Answering a question from a young trafficking victim, the Pope noted that in Italy 90% of clients are baptised Catholics, and asked forgiveness for them.

The virtual world should not be demonised, but if it is not adequately mastered, it may lead to “so high a level of alienation that our society is made not only liquid, as the great Bauman said, but gaseous”. “Using the virtual world, but with our feet on the ground”, so that it does not enslave us – this is the Pope’s suggestion in response to a young Argentine from Scholas Occurrentes.

Exaggerated clericalism and spiritualism are two diseases that must be absolutely avoided, Pope Francis explained to a seminarian from Lviv. “It is ugly to see a worldly priest, it is bad”, the Pope remarked. But our communities too have their vices, like the terrorism of gossip.

“With young people, we should never be afraid”, not even of tattoos, because even “behind not-so-good things there is always something that makes us get to some truth”.

“True religious formation in consecrated life must have four pillars: spiritual life, intellectual life, community life and apostolic life”, Pope Francis reminded a young Chinese nun who is studying theology in Rome and presented him with a warm red scarf – the colour of joy. “The devil enters from the pockets”, he warned, stigmatising those priests and nuns who are attached to money.