In his visit to Myanmar and Bangladesh the Pope addressed young people, supporting their enthusiasm and proposing an itinerary of hope in the future. Youths who emigrate, who accept to work as slaves, who take up arms, and who risk leading desperate lives

A few hours after the conclusion of his journey to Myanmar and Bangladesh, Pope Francis uttered the fateful word: Rohingya. All world media outlets had been looking forward to it for days, to condemn the violence perpetrated by the Burmese army with greater emphasis, to denounce the inanity of Aung San Suu Kyi, to place Myanmar under the burden of sanctions. But the Holy Father did not speak it out “slamming the door”, with anger: he said it caressing the faces of men, women and children whose family members were killed, or who were forced to flee the violence of the Burmese army. The Pope met a group of 16 Rohingya refugees in Dhaka, and they all prayed and cried with him. “The presence of God – Francis said – is also Rohingya.” It is also true that in Myanmar Francis avoided mentioning that term, but he used other key-words: minorities’ rights, full citizenship, common good, equal distribution of wealth, not to violence and no to revenge.

Unfortunately, many media outlets, in the anticipation of “whether he would say it or not”, failed to convey the richness of the Pope’s message in full along with the encouragement he transmitted to this area of the world that is both extremely rich and extremely poor. In this way he linked the destiny of the Rohingya to that of all other minority groups (Kachin, Chin, Karen, Naga, Kaya…) that suffer the same degree of violence, rapes and murders of the Rohingya and don’t garner media attention.

The decade-long military dictatorship caused incurable wounds, violence and wars, but the Pontiff asked everyone, Christians above all, to forgive and to work for reconciliation to cast away the spectre of a no-win war. 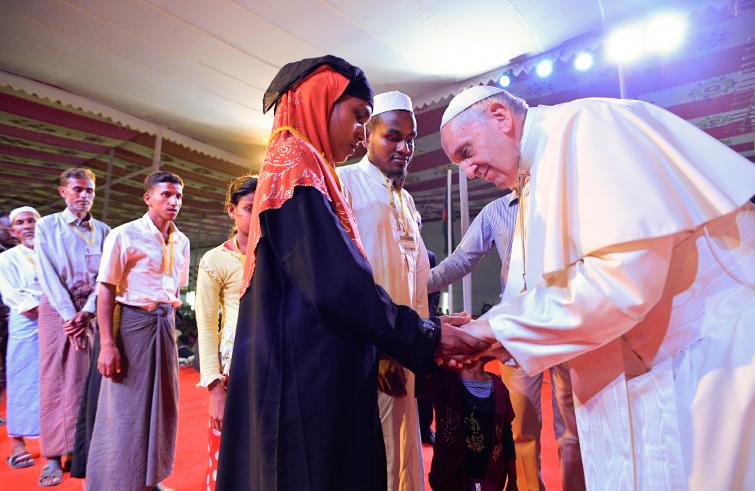 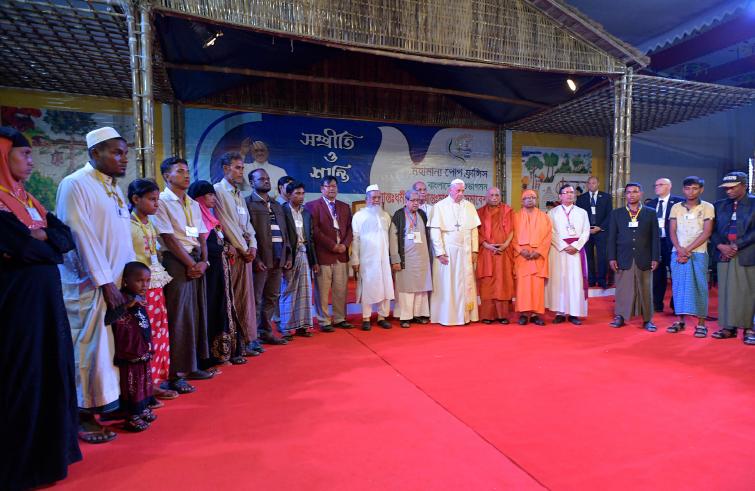 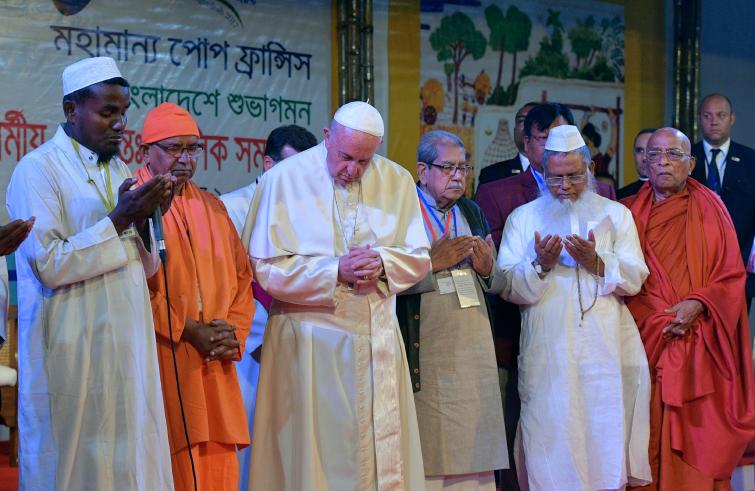 For the Pope what’s important is not the media’s judgement or its condemnation, but the creation of constructive pathways of hope. That’s why in both countries, Myanmar and Bangladesh, he addressed the youths in support of their enthusiasm, and proposed a track of hope in the future. Young people who emigrate, who accept to work as slaves, or who take up arms, risk leading desperate lives.

Francis asked young Christians to be catalysers of hope.

This means not being closed inside one’s religious or ethnic group, being suspicious of others. It means being open to encounter, sustained by shared human dignity.

Inter-religious cooperation was the other cornerstone of the journey: working with the Islamic majority in Bangladesh and with the Buddhist majority in Myanmar  is equally important, for the economic development of these two Countries must be grounded in the mystery enshrined in every human being, in the religious dimension and not in profit, labour exploitation, and child slavery; that it may have at heart the common good. Francis wanted to meet religious leaders both in Myanmar and in Bangladesh, and with them he condemned violence and terrorism manipulated in God’s name, and most of all, he encouraged them to undertake the joint commitment to build a society that has man at its centre regardless of his ethnicity – for all men were created in God’s image and likeness. 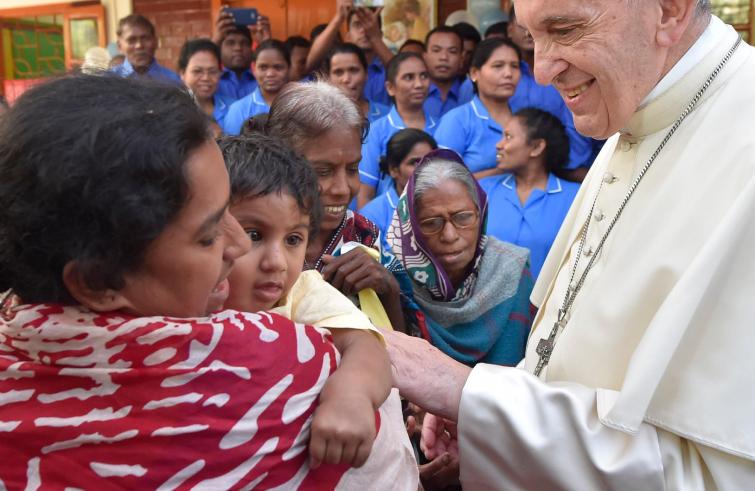 A final word on the Churches of these two Countries, small minorities that are often in the storm of persecution. The Pope praised the Christian community, which, despite being “a mustard seed”, gives solace to the population and to the poor people of Bangladesh and Myanmar. The esteem enjoyed by the Christian population is especially due to their service: schools, hospitals, agricultural and labour cooperatives. But in that service, people astonishingly discover the reasons of the love of Christ.

In fact, both in Bangladesh and in Myanmar the Church is growing year by year, there is an abundance of vocations and these small communities already send missionaries to other lands.

And for the first time, in Myanmar and in Bangladesh, Christians of different ethnicities showed their unity and their joint industriousness, arousing the admiration of Buddhists and Muslims alike.