All those who believe that ecumenism is drawing its last breath or is on the verge of declared failure will be unable to brand the Lund meeting as a “temporary setback” that could be due to the imprudent exuberance of a Latin-American Pope.

Autumn colours have always been a wonder of nature. Whether it is a mountain crest, hedgerow trees, a city park or the balcony of our home, at the closing of the year nature always has in store for us a spectacle beyond compare. It’s hard to ignore it, impossible not to stare in admiration. Unfortunately autumn is often described as the season when everything will inexorably reach an end: the autumn of life, of a civilization; the autumn of the carrier of a famous person, and so on. Clearly, not even the ecumenical journey is exempt from this comparison: there is frequent talk of an “ecumenical autumn”, as if foreboding the end of an era which – according to some – did not bring substantial fruits. 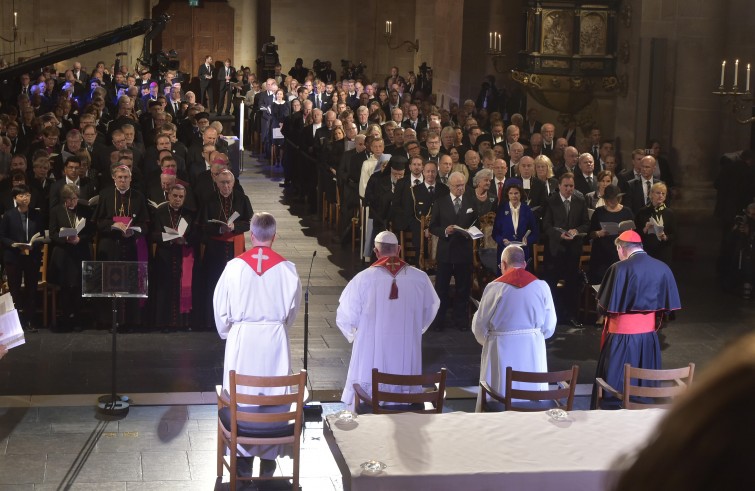 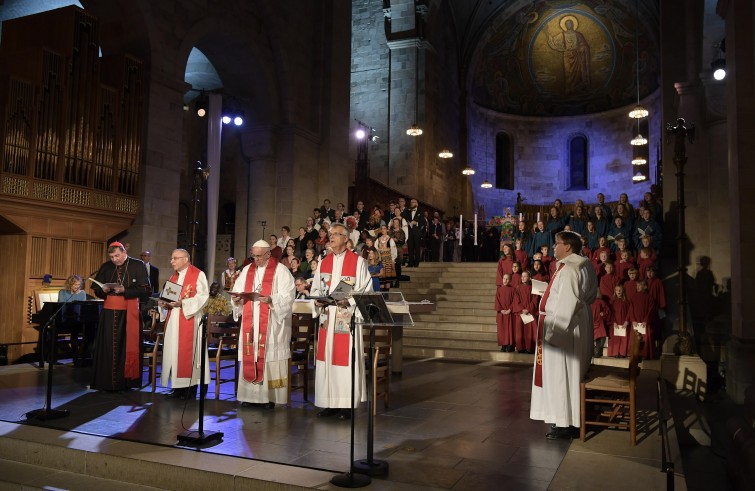 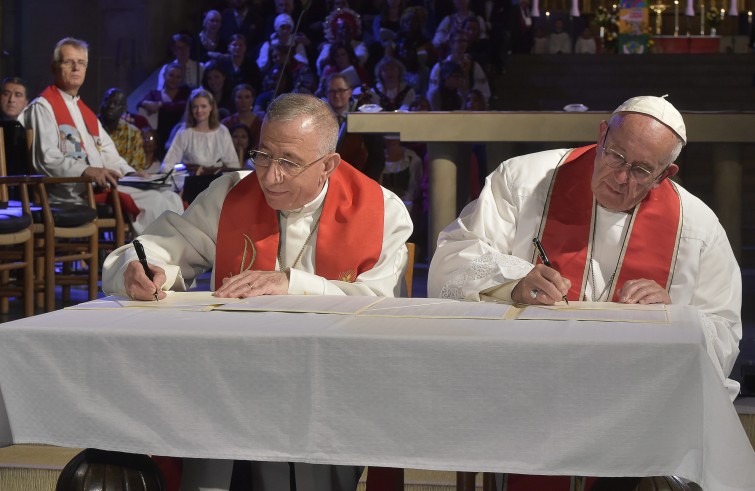 Instead, in all honesty I must say that the meeting of October 31 in Lund has brushed this “autumn” with bright colours: a new hue; a fascinating new shade in the palette of colours that autumn always ushers in. I mean to say this in utmost positive terms – I think I am making myself clear when I say that:

Those who believe that ecumenism is drawing its last breath or is on the verge of declared failure, will have to refrain from branding the Lund meeting as a “temporary setback” that could be due to the imprudent exuberance of a Latin-American Pope.

In fact, already a few years ago – exactly in 2013 – Lutherans and Catholics signed a document whereby they jointly pledged to live the 500th anniversary of the Reformation “moving from conflict to communion”, as reflected in the document’s title. The intention of the meeting in Lund was “merely” to bear visible witness to that commitment. The past has been marked by conflicts, some of which perhaps still exist, but they cannot constitute the last word, simply because

The Gospel exhorts us to resolve all conflicts.

It is deeply significant that in the Joint Declaration signed on October 31 Catholics and Lutherans invite to “hear God’s command to set aside all conflicts”. In other words, if we failed to acknowledge every concrete opportunity for communion, not only on solemn occasions but also in the simplicity of everyday life, not only would we be going against the will of a Pope, of a Lutheran pastor – or whoever else – we would be acting against the will of God.”

“We have been given the opportunity to mend a critical moment of our history by going beyond controversies and disagreements”, the Pope said in his address at the Lutheran Cathedral of Lund. Failing to seize this opportunity, neglecting the yearning for deeper communion – a desire cherished in every human heart – whether evident or concealed, underestimating all of this, would not only mean acting irresponsibly in the face of history and of mankind. In fact, it would be an insensitive attitude towards the Gospel of Christ.

The path leading to the full communion of believers is not the fruit of some “chamber theology”, nor does it stem from the utopian theory of some jester – a maker of illusions. Far from it: in fact, speaking of ecumenism means to speak of the Gospel. Seeking an ecumenical perspective in life is equal to seeking to follow the Resurrected Crucifix.

The “following of Christ” is precisely what it consists in. It’s a path that has a past and a – beautiful! – future ahead. In fact, since the period after WWII Lund became the synonym of increasing quest for the communion of believers, first inside the Lutheran Church and then with the Catholic Church. By this I wish to say that

No “ecumenical event” should be considered as a single event:

Also Monday’s meeting is part of a journey. And although Lutherans and Catholics continue having different views on various themes – considered important to Christian life –, over the past decades they succeeded in recognising their deep-rooted bonds. Significantly, the commitment to continue the journey, enshrined in the document, spells out that it is done “as part of the one Body of Christ, into which we are incorporated through Baptism.”

Thus, the Body of Christ is One. And although it is divided it remains one. Reading between the lines, it means that divisions are not petrified or irreconcilable. Quite the contrary!

In Lund’s Cathedral Pope Francis honestly recognized that “the Reformation helped give greater centrality to Sacred Scripture.” Indeed, the Pope also said that the doctrine of Justification, (which in the past represented an item for major theological distance between Lutherans and Catholics) “expresses the essence of human existence before God.” These significant words testify to an ongoing journey, a journey that is bound to experience further meaningful events, but that can count on a remarkable history. And most of all, the path is guided by the Holy Spirit that constantly calls to unity the one and only Body of Christ: the Spirit , whose light helps us see autumn not as shades of sadness and resignation but as a gorgeous burst of colours that are full of hope, trust, and extraordinary beauty.